The blog MySanAntonio identifies the player as Zeke Cardenas, a senior at St. Anthony High School, adding that his teammates restrained him after he “made contact with” the official during the third quarter.

Play continued after Cardenas’s ejection. The school’s athletic director, Kevin Smisek, deflected questions to the communications office of the University of the Incarnate Word (UIW) which manages the high school. UIW said in a statement:

Today’s incident in which a football player shoved an official is troubling, not the sportsman like behavior we teach students at St. Anthony. This incident has been reported to TAPPS and we will take appropriate action. Again St. Anthony does not condone nor tolerate this type of behavior.

The incident comes a week after an even more violent episode involving two players from John Jay High School, one of whom ran into an official knocking him to the ground, after which his companion dove onto the prone figure, leading with his helmet. Both players were booted off the team and have suspended from school. 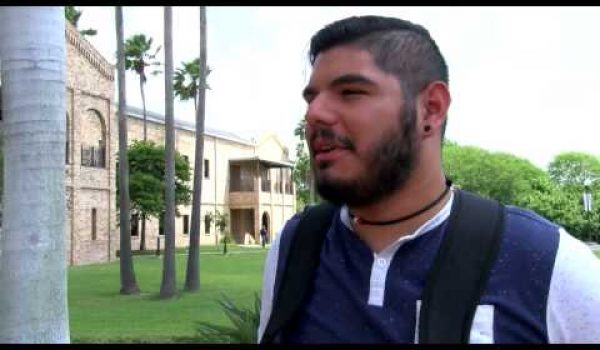 Is saying ‘God bless you’ when someone sneezes on campus the next microaggression?
Next Post
Why Trump doesn’t look like a lightweight to voters, and other GOP candidates do