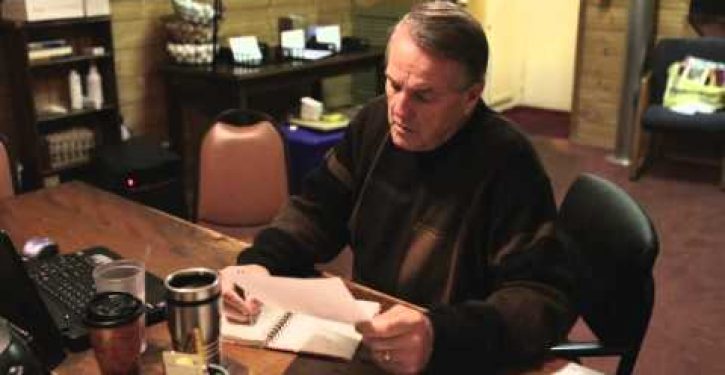 The Employment Policies Institute (EPI) launched the first in a series of videos Thursday highlighting what it argues are the real-world and personal ramifications of raising the minimum wage.

Pastor Jack Mosley was trying to help those with disabilities, a history of substance abuse, and even people with criminal backgrounds. He opened Tastes of Life to do just that. The Michigan nonprofit restaurant provided those in need a steady income and the ability to build useful skills. That, however, all ended when Michigan raised its minimum wage by 25%. The move resulted in 12 employees losing their jobs last September when the restaurant was forced to close. This, EPI argues in its first video (below), is what happens all too often when the minimum wage is raised.

“Our audience is anyone engaged in the minimum wage issue,” Michael Saltsman, research director at the EPI, told the Daily Caller News Foundation. “Whether that be the public or policymakers.”

The goal behind the video series is to show how minimum wage policy impacts real people. Saltsman argued when it comes to data, its clear that increasing the minimum wage causes unemployment and even businesses to close. The personal and emotional side, however, is lacking.

“Its something that gets overlooked that shouldn’t be,” Saltsman continued. “To a lot of people it’s counter intuitive.”

The minimum wage debate is both national and local. While the federal minimum wage has stayed at $7.25 an hour since 2009, many states, cities and counties have gone well above it. Some cities have even gone as high as $15. Supporters argue $15 is the ideal because it’s the basic amount on which someone can live comfortably, also known as the living wage. Critics, however, say such an increase will actually hurt the poor by limiting job opportunities.

“Who are the businesses and people being hurt?” Saltsman noted. “We’re trying to go beyond the graphs and figures.”

Fight for $15 has been at the forefront of pushing for a living wage. The union-backed group has utilized rallies and media marketing campaigns in its efforts. The benefits or negative outcomes of increasing the minimum wage usually depend on the study. Nevertheless, even the nonpartisan Congressional Budget Office (CBO) agrees any increase of the minimum wage will likely result in at least some job loss.

“Fight for $15 is the political and fiscal muscle of the service employees union,” Saltsman said. The point isn’t necessarily to help workers, Saltsman asserted, but to help themselves. Organizing rallies give unions political sway while also allowing them to put pressure on employers to unionize.

As we move further from 9/11, Americans are being duped into sympathizing with terrorists
Next Post
One weird trick to feel better on 9/11