The Cato Institute and the Competitive Enterprise Institute (CEI) recently filed an amicus brief with the Supreme Court, urging it to stop California Attorney General Kamala Harris’s intrusive and legally-unwarranted demands for the donor lists of non-profit groups.

Moreover, California statutes do not require, or even specifically authorize, the state attorney general to collect such confidential donor information from non-profits. But Harris does it anyway, demanding that non-profits give her their Schedule B’s.

Harris’s demands were challenged by the Center for Competitive Politics (CCP), a public-interest law firm, after Harris demanded that it disclose its principal donors to the state. CCP’s challenge was rejected by a trial court and then the Ninth Circuit Court of Appeals based on the meager premise that Harris could demand this information in the name of “investigative efficiency.”

In that case, Center for Competitive Politics v. Harris, the Ninth Circuit rejected CCP’s facial First Amendment challenge to the requirement, but left open the theoretical possibility that charities can bring an as-applied challenge if they can show that their donors would experience “threats, harassment, and reprisals” due to such disclosure. But that is small comfort: Bringing such an as-applied challenge would require a lawsuit that would cost tens of thousands of dollars in attorney’s fees, meaning that all but the largest non-profits would be unlikely to do so even if they had experienced donor harassment or reprisals against their contributors. That would result in a massive chilling effect on First Amendment associational rights.

Moreover, Harris (whom CEI earlier rated America’s fourth-worst state attorney general) has already indicated she will not grant such as-applied exceptions to her demands for disclosure, even to charities whose donors have already faced well-documented harassment, unless a court specifically orders her to do so in response to a lawsuit.

Americans for Prosperity, whose donors have been subjected to harassment and death threats, had to sue in court to obtain an injunction against Harris after she demanded its donor lists, which a trial judge granted in Americans for Prosperity v. Harris. Harris has appealed that injunction to the Ninth Circuit, essentially arguing that the Ninth Circuit’s subsequent ruling rejecting CCP’s facial challenge also creates insurmountable hurdles to AFP’s applied challenge. Harris has done so even though the trial court in AFP’s case found it likely that disclosing its Schedule B to the Attorney General would subject AFP’s donors to threats, harassment, and retaliation.

AFP had submitted evidence that its events have been subjected to violent protests; that its known supporters have been accosted and had their businesses boycotted; and that dozens of potential donors had refused to contribute for fear that their affiliation with AFP would become public and they, in turn, would become targets of the intimidation campaign waged by the Foundation’s opponents. The hazards of such disclosure were further illustrated by the fact that California government officials (at the California Fair Political Practices Commission) had already falsely claimed that two of AFP’s known donors were complicit in illegal dark money schemes (a claim later retracted), smearing groups to which they belong by association.

As Ilya Shapiro and Randal Meyer of the Cato Institute note, in erroneously ruling in favor of Harris in CCP’s case, the lower courts

failed to give proper solicitude to CCP’s constitutional rights . . . by not applying what lawyers call ‘heightened scrutiny’ at each turn of its analysis. Instead, the lower court applied [the standard appropriate for] a party-specific, ‘as-applied’ exception to the general rule that’s only relevant if the compelled disclosure has already survived a broader, ‘facial’ challenge. . . .The Supreme Court, from NAACP v. Alabama to Citizens United (2010), has required heightened scrutiny in compelled-disclosure cases . . .

In addition, the Supreme Court’s recent Fourth Amendment decision in Los Angeles v. Patel (2015) requires reexamining the attorney general’s demand—which constitutes an administrative subpoena under California law—because ‘in order for an administrative search to be constitutional, the subject of the search must be afforded an opportunity to obtain precompliance review before a neutral decisionmaker.’ 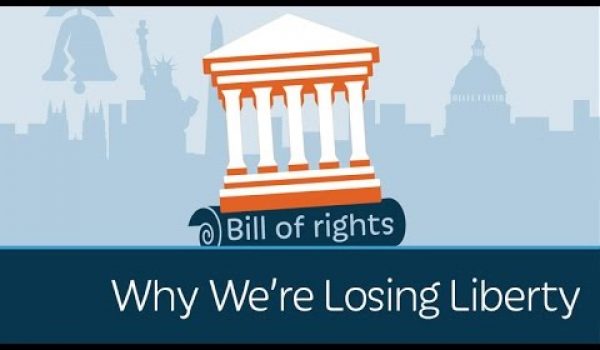