Some bad news and some good (or at least better) news.

First the bad: Now that Mt. McKinley is no longer name for a dead white president, liberals have fixed their sites on the next frontier: renaming Ronald Reagan National Airport in Washington, D.C.

The good news is that the suggested change is to go back to the airport’s previous name — Washington National Airport — which is at least named for another president.

Fox News Insider advises that “the influential liberal political action committee CREDO Action is behind the effort with a petition drive”:

“Given Speaker Boehner’s current outrage and disappointment at President Obama’s decision to rename Mount McKinley, it’s time to give him the opportunity to make up for his own past mistakes,” the petition reads. “Sign the petition and tell John Boehner he needs to be consistent when it comes to naming America’s landmarks.” 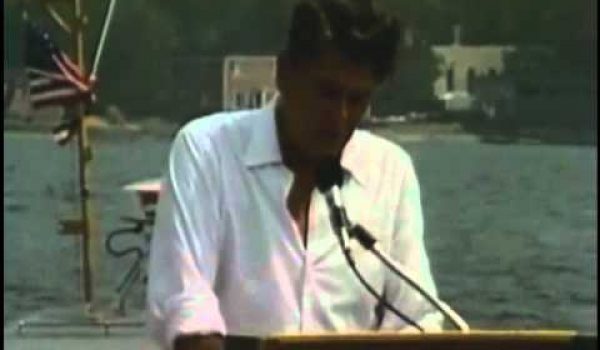 Happy Labor Day: 9 facts about the history of the holiday and labor unions
Next Post
Education Department rewards lying by twisting Title IX