Starting with the good news, the officer who was shot is expected to make a full recovery, and a suspect — an Hispanic male — is in police custody. The shooter’s identity has not been revealed, and no motive for the shooting has been ascribed.

A news conference was held yesterday in front University Medical Center of Southern Nevada, where the injured officer was taken for treatment. Las Vegas Police Sgt. John Sheahan said that two officers were heading to a disturbance call when they were approached by a man with a semi-automatic handgun who began firing on them. One officer was struck in the hand. The second officer exited the patrol car and gave chase, apprehending the shooter a short distance away.

Earlier in the day, Undersheriff Kevin McMahill told reporters that the officers initially thought their car had been rear-ended by another vehicle, but when they heard two additional loud reports they knew they were being shot at.

You know we just had another officer shot a couple of days ago. It’s a rough time for our officers. We have already changed some of our deployment strategies as we have two-officer units out there today because of the narrative of violence against police across the country and certainly because of what we have seen here [in Las Vegas]. That’s four of my officers that have been shot this year. It gets old. It’s tiring. Those men and women are out there trying to do the best that they can to provide service to this community; certainly the one solace that they can take is the vast majority of this community is behind this police department and we know that.

This story is developing. Additional information will be added as it becomes available.

Cartoon of the Day: How do you spell Denali?
Next Post
Watch HS football players’ outrageous actions during Friday night game 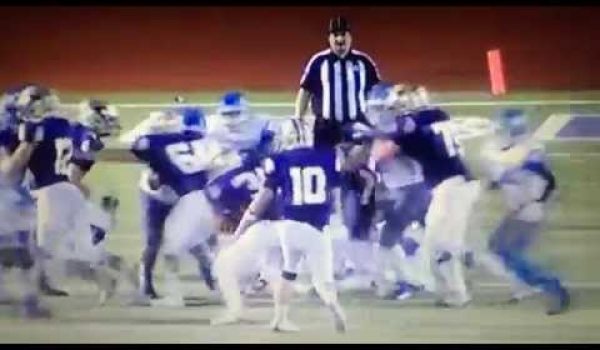