James Bond has been depicted on screen by a number of different actors, who have brought their own sensibilities and, in some cases, limitations to the role. Timothy Dalton was too sober and humorous, Daniel Craig too chiseled (he has looked more like a Bond villain than Bond himself), Roger Moore too flabby, even in his prime.

But one thing none of the Bonds has ever been is black. Until recently, when the rumors arose that Idris Elba, shown at the left, might be the next 007.

But that was before Anthony Horowitz, the author commissioned by Ian Fleming’s estate to write the next James Bond novel, told the Daily Mail in an interview that he thinks Elba is “too street” to play the part, adding, “Is it a question of being suave? Yeah.”

Horowitz was quick to clarify that “it’s not a colour issue.” But that hasn’t stopped Kwame Opam, news editor of The Verge, from calling Horowitz a racist:

[S]aying any accomplished black actor is too “street” to play a traditionally white role is the kind of thinly veiled racism that makes it so hard to advance any character in pop culture.

But that’s not Opam’s only beef. He goes on to write:

Let’s put the fact that Elba has stated he’s no longer interested in playing Bond aside. Not suave? Are you kidding? What does that even mean? It can’t be the iconic sophistication.

Toward the end of the article, Opam goes full tirade:

This is bullsh*t. Horowitz might as well have hauled off and said, “I’m not racist, but…” which is one of the surest signs that you’re, in fact, racist. It smacks of not wanting James Bond to wear a hoodie. That he’s some stereotype waiting to besmirch the honor of MI6.

The charge of racism — especially the thinly veiled kind — has become so pervasive, so kneejerk a reaction, that it almost surprising to read about a development involving anyone who is black and not see the term applied.

Horowitz did name another black actor he thought would be more suitable in the Bond role, but that’s enough to dissuade Opam that the man is a bigot. All the more fascinating that he thinks Horowitz has a race problem. 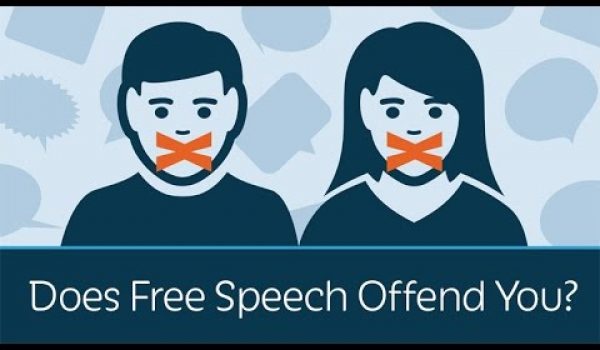 Video: Prager U explores the limits of free speech
Next Post
Another student expelled for non-consensual sex … despite evidence he is innocent