On Thursday, Democratic presidential frontrunner Hillary Clinton insinuated that any American who didn’t share her views on abortion was no better than the terrorists. Yesterday, she kicked the ugly innuendos up a notch, equating those who believe the nation should enforce its immigration laws with Nazis.

Stumping in Minneapolis she was asked about her stance on the disposition of the 12 million illegal immigrants currently residing in the country. Clinton began her answer with the lie that “there are some on the other side who are seriously advocating to deport 11, 12 million people who are working here.” There are actually two lies in that statement. First, only one candidate for the Republican nomination — Donald Trump — has said he favors the wholesale deportation of illegal immigrants, and even he has walked back that impractical and frankly idiotic position. Second, not all illegal immigrants living in the U.S. are gainfully employed. According to a Pew Center survey, some 28% do not participate in the labor force.

But Clinton was just getting started. She went on to say:

I find it the height of irony that a party which espouses small government would want to unleash a massive law-enforcement effort, including, perhaps, National Guard and others, to go and literally pull people out of their homes and their workplaces, round them up, put them — I don’t know — in buses, boxcars, in order to take them across our border.

Putting aside her confusion of small government with no government — using extant federal resources in no way increases the size of government — she imputes tactics to the GOP that are straight out of the Hitler handbook. No one has called for “rounding up” immigrants or putting them in “boxcars.”

Making such an outrageous claim is a sign of desperation. 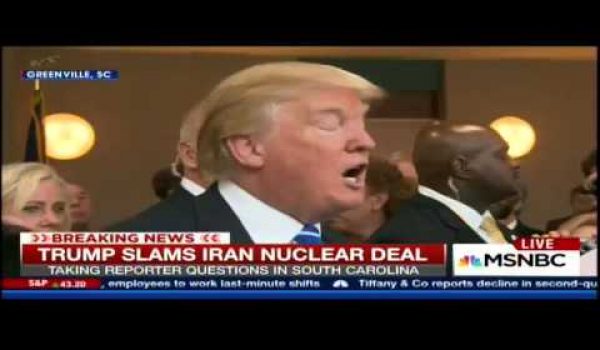