Yesterday, I issued another of my periodic “worst state attorney general” lists, in a lengthy report explaining why those attorneys general deserve that dubious distinction. (Previous versions were issued in 2007 and 2010 by my employer, the Competitive Enterprise Institute.) It’s entitled The Nation’s Worst State Attorneys General 2015.

I rated Pennsylvania’s recently indicted Kathleen Kane the worst state attorney general in America. As the Huffington Post notes, “Almost half of Pennsylvania voters want Kathleen Kane, the state’s embattled Democratic attorney general, to step down, according to a Quinnipiac University poll released Tuesday. Forty-nine percent said Kane, who is facing criminal charges relating to allegations she leaked information about a rival, should resign. Twenty-seven percent said she should remain in her position.” Fifty-four percent of Pennsylvania voters disapproved of her job performance, while 20 percent approve. Kane was indicted on August 6 for illegally leaking grand jury material and a subsequent cover-up. Kane is charged with perjury, official oppression, obstruction of justice, and contempt of court.

State attorneys general are supposed to represent the interests of their clients, not their own. For attorneys general, that includes representing state agencies that are sued, defending state laws, and giving unbiased legal advice to state officials. But AGs are often self-seeking politicians who chafe at having to perform these duties rather than aggrandizing their own power. For many, it is tempting to use their office to enrich themselves or their trial lawyer friends, or to file lawsuits attacking political opponents or out-of-state businesses that have done nothing illegal, but have no redress at the polls.

Past examples include former Texas attorney general Dan Morales, who was jailed for mail fraud and tax evasion related to Texas’s 1998 tobacco settlement; Alabama’s Richmond Flowers, who was sentenced to eight years in prison for conspiring to extort payments from companies; and Missouri’s William Webster, who was sentenced to two years in prison for rewarding lawyers who donated to his campaign with bigger settlements.

In 2013, Pennsylvania’s Kathleen Kane secretly shut down an undercover sting that had captured several Philadelphia elected officials of her own party on video accepting bribes. The case against them was so strong that Philadelphia’s DA, himself a Democrat, indicted several of them and obtained guilty pleas from at least four. Kane sought to deflect criticism by claiming that the sting was motivated by racism, a charge so irresponsible and groundless that Philly’s African American DA said it was like “pouring gasoline on a fire.” Kane also awarded lucrative no-bid contracts to campaign contributors, and concealed them from the public in violation of state’s Right to Know Law. Kane declined to defend state laws, such as gun-rights laws, that were challenged in court by liberal groups, even though state law specifically gives her the duty to defend state laws.

Rated the second worst attorney general is Mississippi’s Jim Hood. Hood attempted to censor Google’s search results, in violation of the First Amendment, to further the interests of his campaign donors. A federal judge issued an injunction against him earlier this year in a civil-rights lawsuit brought by Google.

Hood has a history of hiring outside lawyers to handle state lawsuits, in exchange for big payouts for those lawyers. The Mississippi Supreme Court twice ruled that he violated state law by allowing trial lawyers to collect fees that belonged not to them, but to the state treasury. Some lawyers hired by Hood, such as Dickie Scruggs, later wound up in federal prison after being convicted in judicial bribery scandals. Scruggs pleaded guilty to 2009 for bribing two judges, and was sentenced to seven years in federal prison. Despite his law enforcement powers and resources, Hood refused to investigate Scruggs and his associates, claiming it would be “like prosecuting relatives.”

The nation’s third worst attorney general is Tom Miller, Iowa’s attorney general. Miller uses lawsuits to harm innocent third parties, and in one famous case, even used a lawsuit to harm the very people whose alleged victimization was the reason he sued. Miller played a key role in negotiating the 1998 tobacco Master Settlement Agreement. Wealthy trial lawyers across the nation have already received more than $15 billion in attorneys’ fees under this multistate settlement with the big tobacco companies, and they are expected to receive as much as $30 billion by 2028. The costs of that settlement were paid for primarily by smokers—even though it was the culmination of lawsuits brought by state AGs (such as Miller) arguing that smokers had been deceived by tobacco companies about the dangers of smoking. Miller’s 2012 multistate mortgage settlement ripped off innocent mortgage investors, while reaping hundreds of thousands of dollars in campaign contributions for Miller from out-of-state law firms whose clients stood to benefit from, or be affected by, the settlement.

Image of the Day: Do these look like U.S. military veterans to you? They do to the DNC
Next Post
A school banned THIS lunchbox for violating its anti-violence code 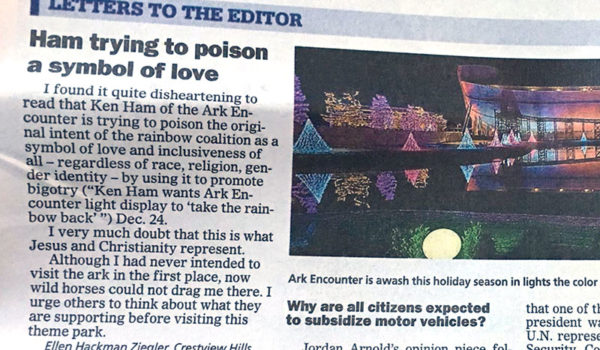