Virginia shooter Vesper Flanagan murdered two of his former co-workers at a TV station in cold blood. After killing the well-liked reporter Alison Parker and cameraman Adam Ward, he posted a manifesto sympathizing with other mass murderers. As an article at the Daily Beast notes, he had “threatened coworkers” and, as a gay black man, had “played the race card for years. The cold-blooded Roanoke killer kept getting fired, kept threatening co-workers, and kept claiming he was the real victim” by repeatedly making baseless claims of discrimination. Despite his claims of racial discrimination, there is not a shred of evidence that he was actually discriminated against by any of his employers, and even a black co-worker once rebutted his claims.

But to many readers of Think Progress, the organ of the Center for American Progress, even after Flanagan committed murder, he was still the victim of a racist America, and the people he killed were racists who helped bring on their own demise.  The Center for American Progress, one of Washington’s biggest “think tanks,” has been described as “Obama’s Idea Factory” by Time magazine, and as such, it promotes left-wing social engineering and attacks on free speech and privacy on college campuses.

For example, it celebrated an attack by a left-wing mob on a hotel to block dissemination of conservative think-tank’s study on how much the University of Wisconsin used race in college admissions. As the Center for American Progress exulted, the assault succeeded in “effectively shutting down the conference,” as hotel employees “reported getting pushed or knocked down” in the shut-down.

The Center for American Progress also seeks to meddle in people’s private lives both by banning sex while “intoxicated” (as opposed to incapacitated — sex while mildly intoxicated is currently legal in every state, since most intoxication does not rise to the level of incapacitation), and by banning sex and intimate contact on campus unless it is preceded by explicit permission (which would redefine most consensual sex and intimate contact as sexual assault, since couples usually do not discuss everything in advance), even though requiring explicit permission would result in “state-mandated dirty talk,” as even some supporters of CAP’s proposal admit.

Never mind the killer’s hateful ravings and explicit contempt for the lives of innocent people in his manifesto, in which he quotes the Virginia Tech mass killer, Seung Hui Cho, and calls him his “boy,” and expresses admiration for the Columbine High School killers (who were definitely not victims of racial discrimination): “Also, I was influenced by Seung–Hui Cho. That’s my boy right there. He got NEARLY double the amount that Eric Harris and Dylann Klebold got…just sayin.'”

Yet Think Progress suggested Flanagan was a victim of discrimination, saying that he “detailed discrimination he experienced as a gay, black man” in his suicide note. It repeated his allegations that the woman he killed “made racist remarks” (allegations with precisely no evidence to support them, made against a woman who is not even alive to defend herself), and that Flanagan “felt discrimination as a gay black man.”

The real issue is: that Blacks-folks are tired of this continuous horrific treatment of Blacks by whites, & their ancesters, & now the off-springs of these horrific ancesters with their alledgedly white privilege; unfortunately, some young Blacks simply can not handled this continued, horrific treatment by these “sick-minded” caucasians, & they(blacks) will not bear this kind of treatment anymore, as our ancestors did…So this is the consequence; now does the punishment fit the crime: “No”, but after centuries of this ill-gotten behavior, this is the outcome, unfortunately; nevertheless, this is what this hidious past & current behavior has created!..Aad those whites who continue, in some ways, to take advantage of Blacks, will begin to feel the heat of their actions!…Not condoning it, but cause & affect!…GOD Bless!!

Kind of unusual crime for a brother. I guess he pushed to the edge with being called monkey and being fired and replaced by someone he claims to be have made racist comments.

Pushed to the wall, professionally blackballed, and the feeling of nowhere to go and nothing to lose. He was the trifecta. I understand where he was at in life. It’s too bad it came to this

I believe him about the racism. I am not black but I am gay and I got shit about it from more than one company I worked for. It ranged from subtle to all out rude behavior in front of others. At one company I ended up having to go on disability, partly from extreme stress. Believe me when I say I am and always have been a strong woman who stands up for herself but sometimes that’s not enough. I got the right to sue from the state department but I decided not to because I didn’t want to let them victimize me anymore. The fact that they knew I could was enough. So I guess we can’t judge until we have walked in anothers’ shoes. It’s easy to say he was mentally ill but really how do we know? I do wonder this, why are so many politicians and the media crying out for gun control all of a sudden? It couldn’t have anything to do with the fact that the people killed were white and killed by a black person, could it? Oh hell no, no one is racist in this country. Nope, not at all. SMH, SMH, SMH

Sticks and stones may break my bones, but names will never hurt me. Says who?

I don’t doubt that everything this guy said actually happened. I’m college educated and have been called a monkey before so I believe it but obviously murdering others because of it is not even close to reasonable. . .

I have zero doubt that he experienced racism and homophobia in the workplace while there. Perhaps not to the degree he mentioned, and it’s likely he magnified a number of slights or took things personally that were not meant to be an insult. I saw a mention that he got offended because somebody put a watermelon where people could see it. Maybe it was just a free watermelon. Who knows. But I doubt his feeling that he was being discriminated against came out of nowhere. . . .People don’t just become disgruntled for no reason. It could be as little as feeling like HR was excusing the racist behavior of one or two colleagues. . . 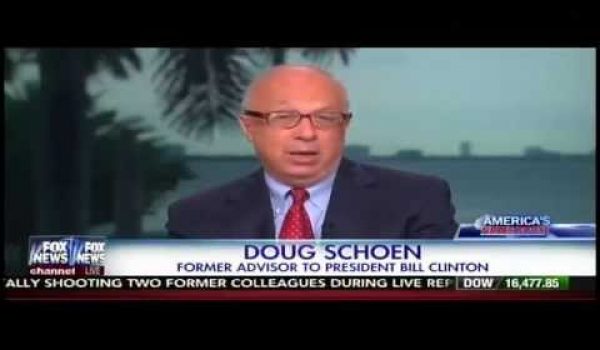