It is still unclear whether the unspeakably gruesome murder of a student in the Homestead, Fla., chapter of the Job Corps — a live-in school and vocational training program for at-risk youth run by the U.S. Department of Labor — stemmed from money the victim owed one of the killers or was just for kicks.

The details of the June crime, released in an arrest report on Wednesday, are unimaginably grotesque. Five students lured a sixth, 17-year-old Jose Amaya Guardado, into the woods where they hacked at him with a machete, then buried his still-alive but gravely wounded body in a shallow grave. As though the crime weren’t already unimaginably depraved, two of the killers stayed in the woods to celebrate the murder by having sex.

On Wednesday, four of the five (the fifth is still at large) were charged with second-degree murder. The suspects, who of whom have confessed, have been identified as 18-year-old Desiray Strickland, 18-year-old Jonathan Lucas, 19-year-old Christian Colon, and their ringleader, 20-year-old Kaheem Arbelo. All are considered adults under Florida law, meaning they could be eligible for indictment for first-degree murder and the death penalty.

According to the arrest report, during the carnage Strickland “complained that she had missed the first series of machete strikes because she had walked away for a few minutes to urinate in the woods.”

Miami-Dade police say they additionally suspect Arbelo of being a drug dealer at the school.

The Job Corps was developed by President Lyndon Johnson as part of his “war on poverty.” Since opening its first center in 1965, the program, which is free to qualified applicants between the ages of 16 and 24, has given “young adults a chance to earn a high school diploma, receive vocational training or earn certifications in more than 100 specializations.”

Like Trump or not, his reaction to PC MSM is refreshing
Next Post
College administrator’s fix for over-policing: Stop treating shoplifting as crime 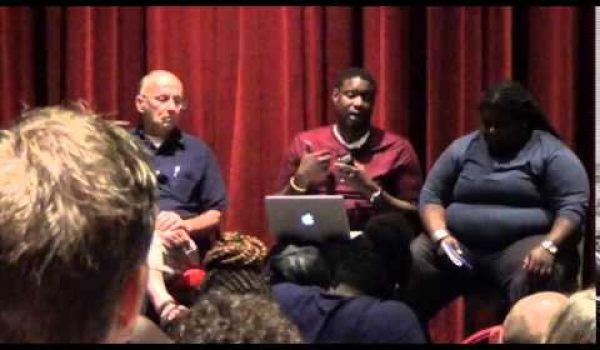