A college’s attempt to crack down on the wearing of saggy pants is being attacked as racist against black people.

Henderson State University, a public college in Arkadelphia, Ark., hasn’t officially banned such pants in its dress code, but recently signs appeared in its students center warning that saggy pants, along with profanity or rude behavior, would not be tolerated.

Tonya Smith, a university spokeswoman, told Inside Higher Ed that the signs were intended to discourage disruptive behavior on campus.

“Our faculty in particular had experienced an increase in inappropriate classroom behaviors that were disturbing the learning environment,” Smith said.

Another administrator, Lewis Shepherd Jr., told local KATV News that the school is simply trying to encourage good habits. “We do a disservice to students if we do not teach those values while they’re here,” he said.

But others see an attempt to suppress black culture. “Its politically insensitive to certain groups. They felt like they were being targeted,” student Kristin Bell told local KATV News. Another student, Daisha Haggans, said that the school wasn’t using “the right communication” to impress on students the importance of professionalism.

In response to backlash, the school has taken the signs down but says it still expect students to follow the rules laid out.

Both Haggans and Bell said the incident showed the need for Henderson to hire an official diversity officer, so that the school can avoid racially insensitive actions in the future.

Racist or not, some argue the school’s action is illegal.

“Absent some kind of showing that sagging pants could somehow disrupt the educational environment in a clearly, truly unreasonable way, which is hard to fathom, this is a blatant overreach by the administration,” Will Creeley of the Foundation for Individual Rights in Education told Inside Higher Ed. “It’s dismaying that a public institution of higher education wants to treat their students as if they are in grade school.”

Creeley said the ban, along with the school’s effort to suppress profanity and rude language, would likely prove unconstitutional if challenged.

Henderson is hardly the first city where saggy pants have become a politically-charged issue. Last year, a Florida town had to abandon a planned ban on publicly wearing saggy pants after the NAACP threatened legal action, saying the law was an attack on young black men. Numerous other towns and counties, mostly in the South, have adopted similar bans, sometimes collecting thousands of dollars in fines enforcing them. Arkansas also banned saggy pants in all elementary and secondary schools in the state in 2011.

In 2008, Barack Obama told MTV that banning saggy pants was a “waste of time,” though he also was critical of the fashion trend.

“Brothers should pull up their pants. You’re walking by your mother, your grandmother, and your underwear is showing,” Obama said. “What’s wrong with that? Come on.”

Will Obama come down as hard on Hillary as he did on these two intelligence agents?
Next Post
Video: Prager U on the most important question about abortion 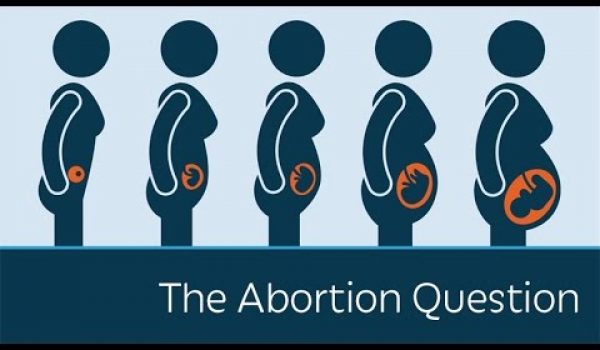