This is a study in how to plant a false theme in people’s minds.

The implication from the story, as presented, is false.  In case the story is altered later, I’ve screen-capped it as it is right now, at 7:30 PM EDT on 3 August.  The Associated Press story bears this headline:

But there is no such crime as “prepping for martial law.”  Being a prepper isn’t a crime.  The men were charged with things that actually are crimes, and some of those are mentioned in the story.  But the AP story doesn’t distinguish between the criminal actions and the non-criminal actions of the men in question.

Instead, the story presents everything the men have done that seems to relate to being a prepper as if it’s all illegal.  The impression left in the unwary reader’s mind is that authorities found some terrible men committing the crime of being preppers, and that their prepping actions were all against the law.

Consider this passage, for example:

In addition to ammunition for a .338 caliber rifle, the statement says Litteral purchased hand-held radios, Kevlar helmets, body armor and face masks in preparation for an armed resistance to the feared military occupation.

The only things actually against the law in this list are the attempts to manufacture pipe bombs and live grenades.  There is nothing nefarious, or even necessarily “prepping” related, about buying multiple guns and a stockpile of ammunition.  Some grades of body armor are prohibited for general sale to the public, but merely buying hand-held radios, Kevlar helmets, body armor, and face masks is not illegal.  These items are offered for routine sale by any number of retailers across the fruited plain.

A truthful story would have explained what the men did that actually constituted crimes.  They tried to make homemade explosives, and one of them (Litteral) reportedly “planned to” buy a gun for Barker, who is described as a convicted felon.  Depending on where the two were in the process for that transaction, Litteral could have committed a crime, or been intercepted by authorities in the commission of a crime.

This is what appears to have actually happened:  the men, who were under suspicion, were determined by law enforcement to be assembling the homemade explosives.  Their other activities were additional, prejudicial factors in determining what their intentions might be.  But we’re given no evidence that their other activities were criminal, in and of themselves.  (If they bought guns or ammo illegally, the AP story doesn’t say that.)

Look at how the AP story is crafted, given those factors.  The first thing it says is that the men who were arrested stockpiled guns and ammunition.  The impression this leaves is that “stockpiling” guns and ammunition is criminal, and the feds can arrest and charge you for it.  I assume you all know that is false.

The same is true for buying the radios (seriously??) and the protective gear.  These purchases are perfectly legal and people make them every day.  But the AP story lumps them in with making pipe bombs and planning an illegal gun buy, as if there’s some way the government can “charge” you with buying a hand-held radio while intending to be a prepper.

Remember this whenever you read a news story – especially a story from the most prominent of the mainstream media outlets.

If enough Americans accept this kind of impressionistic claptrap about “prepping” being criminal, the citizens will be desensitized to the importance of black-letter law, and the suspicion of actual crimes, as the basis for arrest.  Too many Americans already think you can be arrested just because other people don’t like what you do, or because other people have been conditioned to think you’re mean and scary.  The rule of law is in a very precarious condition in America today, and if it falls here, there is nowhere else to go. 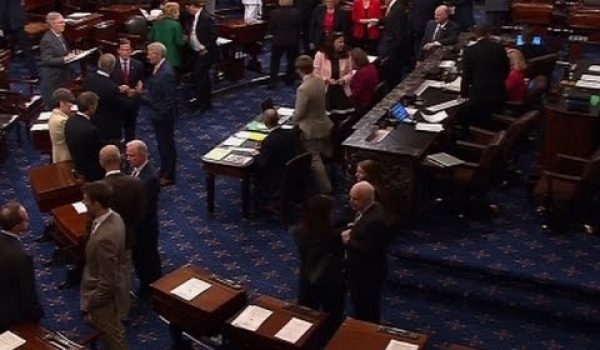