The charges that have been brought against a Dallas family accused of an unmistakable crime are an indication how much — and how little — black lives matter in the Lone Star State. According to the Dallas Morning News, four relatives of a pregnant 14-year-old who attempted to “kick the sh*t” out her over a period of six hours to induce a miscarriage, then burned the stillborn baby on a charcoal grill, will not be charged with murder:

What makes the charge so grievous a miscarriage of justice is that under the Texas Penal Code it is punishable as a Class A misdemeanor, the penalty for which is a fine of up to $4,000, a year in jail, or both.

Even harder to rationalize is how the grand jury was permitted to overlook the Texas Prenatal Protection Act, a 2003 law designed expressly to ensure the rights of “an unborn child at every stage of gestation from fertilization until birth.”

According to a police affidavit:

After the pills failed to induce an abortion, Cecila McDonald pinned the girl down while Lonnell McDonald began “repeatedly bouncing up and down” while sitting on the girl’s abdomen. He also is accused of kicking the girl repeatedly.

Cecila McDonald told her, “You ain’t about to get my kids taken away from me,” while Lonnell McDonald laughed, according to the affidavit.

Blessedly, the state got that part right. The child who was pregnant, now 16, has been placed in the custody of Child Protective Services, along with six other minor from the family, ages 15, 14, 9, 7, 6, and 3. But the thought that the four implicated in this savage act might be out on the street within a year’s time is hard to entertain.

What happens when a business raises its minimum wage to $70K? Find out here
Next Post
Backlash to Planned Parenthood’s concerted effort to silence Center for Medical Progress 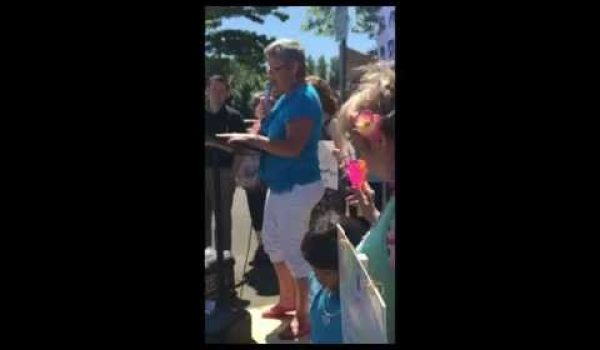