LU has been following the story of Aaron and Melissa Klein, proprietors of Sweet Cakes by Melissa, from the beginning.  It’s hard to believe that the Kleins’ difficulties began more than two years ago, in February 2013, when they declined to make a cake for a lesbian couple’s wedding ceremony.  Aaron Klein cited his religious convictions in refusing the couple’s business.

In September 2013, after several months of intense harassment from LGBT activists, the Kleins had to close the doors of their bakery in Gresham, Oregon.  In January 2014, the Oregon Bureau of Labor and Industries — an executive agency — determined that the Kleins had violated the Oregon Equality Act of 2007.   An administrative law judge eventually ruled that the Kleins owed $135,000 in damages to the lesbian couple.  Our Hans Bader pointed out at the time:

As is typical in administrative discrimination cases, the same agency is effectively serving as prosecutor, judge, and jury, which the Founding Fathers would have viewed as a violation of the constitutional separation of powers, as law professor Philip Hamburger has explained.

$135,000 (or even a tenth that amount) is a grossly excessive emotional-distress damage award for a simple refusal to contract with a customer. Being rebuffed by a merchant is much less painful than losing your job, or even losing out on a promotion, and people wrongly fired from their jobs typically get less than $135,000 in emotional distress damages. The award is so ridiculously large that it seems to designed not to compensate, but to punish people for harboring archaic beliefs, with the lion’s share of the award being to punish the small business owners for their thought-crime, rather than make anyone whole.

FWIW, the lesbian couple complained of the following inconveniences for which the $135,000 is to compensate them:

Not content with imposing this grossly excessive penalty, the Oregon commissioner imposed an Orwellian gag order on the Kleins, proclaiming that any explanation they made of why they declined the same-sex couple’s request constituted signifying an intent to keep breaking the law.

A GoFundMe site was set up to raise money for the Kleins, and in late April 2015 amassed $109,000 in the space of about eight hours.  But many LU readers will remember that gay activists were able to force GoFundMe to shut the site down.

Little has been heard about the fund-raising since then.  But Cortney O’Brien at Townhall reported today that another crowdfunding site, Continue to Give, had taken up the Kleins’ cause — and has now raised more than 250% of the original goal of $150,000.  (You can visit the donation page for the Kleins here.)  A check of the page as of 9:00 PM Eastern showed the cumulative donations at 255% of the $150,000 goal,  or more than $382,000, with the most recent donation only 5 minutes old.

The Washington Times says that’s a record for the crowdfunding site.  It certainly ought to pay some legal bills for the Kleins, as well as pay the judgment against them by the Oregon commission.  It might give them some seed money to start a new business as well — perhaps in, say, Texas. 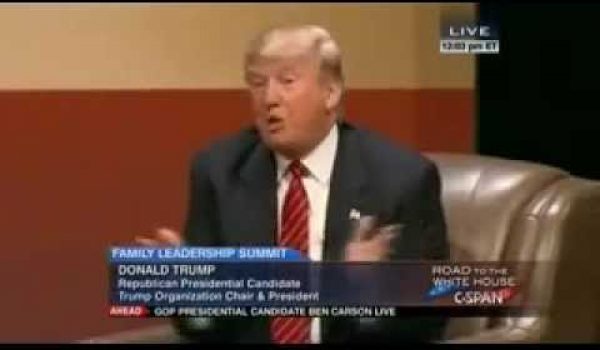 Trump jumps shark with insane comment about McCain’s military service
Next Post
VA medical center fined worker $525 — and fired him — for THIS?