Smart move on the part of Fox News Channel to invite loose cannon Geraldo Rivera to sub in for the recently fired Bob Beckel as the network contemplates a long-term replacement on the panel of its curiously popular show “The Five.” (I say curiously popular because the show, which ranks second most popular on cable news, is fairly vapid as these shows go.)

Nevertheless, whatever Fox’s reasons for letting Beckel go, they could not have found a more ill-fitting replacement than Rivera, who whose temper is as short as his grasp on current events is tenuous. Back in April, he nearly came to blows with a protester in Baltimore who, in Rivera’s opinion, was cramping his style.

It nearly happened again yesterday, this time on the set of “The Five,” when he and co-host Eric Bolling got into a heated exchange. The topic was illegal immigration and violent crime — a deadly mix that recently resulted in the murder of a San Francisco woman named Kate Steinle.

Rivera insisted [Donald] Trump and others are making wrong conclusions about immigrants over Steinle’s death and shouted, “You’re exploiting the misery of that family!” [Correspondent Jesse] Watters shot back, “You’re exploring [sic] it by downplaying it!”

Eric Bolling got into the mix and told Rivera he “exploits and sensationalizes everything.”

It was at this point that Rivera demonstrated that famous civility that liberals so pride themselves in, telling Bolling, “You’re lucky that you’re my friend. I’d knock you out right now. That’s absolute BS!… What do you do? Where do you get your stuff from?”

At this point, the cameras cut away to co-host Kimberly Guilfoyle, who urged the control room to end the segment and go to commercial.

In fairness to Rivera, the tone of the “conservation” was already pretty negative and there is no question that Bolling provoked him. Perhaps this places into sharper relief the wonderment I expressed earlier about this show doing well in the ratings. Nevertheless, Rivera was the only one ready to throw punches. 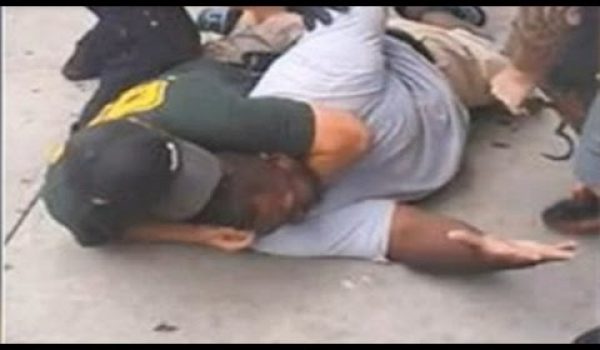