“Why then sir, why do we longer delay? Why still deliberate? Let this happy day give birth to an American Republic. Let her arise not to devastate and to conquer but to reestablish the reign of peace and law. The eyes of Europe are fixed upon us. She demands of us a living example of freedom that may exhibit a contrast in the felicity of the citizen to the ever-increasing tyranny which desolates her polluted shores. She invites us to prepare an asylum where the unhappy may find solace, and the persecuted repose. If we are not this day wanting in our duty, the names of the American legislators of 1776 will be placed by posterity at the side of all of those whose memory has been and ever will be dear to virtuous men and good citizens.” — Richard Henry Lee, July 2, 1776

The Declaration of Independence was approved and signed on July 4, but it was two days earlier, July 2, that the Continental Congress passed the Lee Resolution, declaring that we were independent from Britain. This simple resolution was a stirring call to throw off the bonds of tyranny:

Resolved, That these United Colonies are, and of right ought to be, free and independent States, that they are absolved from all allegiance to the British Crown, and that all political connection between them and the State of Great Britain is, and ought to be, totally dissolved.

That it is expedient forthwith to take the most effectual measures for forming foreign Alliances.

That a plan of confederation be prepared and transmitted to the respective Colonies for their consideration and approbation.

On July 2, the resolution of independence was approved by twelve of the thirteen colonies. Delegates from New York still lacked instructions from the legislature to vote for independence so they abstained. Even back then the New York State legislature was a joke.

After voting for independence on July 2, Congress turned its attention to the declaration. Over several days of debate, Congress made a number of alterations to the text, including adding the wording of Lee’s resolution of independence to the conclusion. The text of the declaration was approved by Congress on July 4 and sent off to be printed.

John Adams wrote to his wife Abigail on July 3 that the second of July will be a great holiday:

The second day of July, 1776, will be the most memorable epoch in the history of America. I am apt to believe that it will be celebrated by succeeding generations as the great anniversary festival. It ought to be commemorated as the day of deliverance, by solemn acts of devotion to God Almighty. It ought to be solemnized with pomp and parade, with shows, games, sports, guns, bells, bonfires, and illuminations, from one end of this continent to the other, from this time forward forever more.

But Adams was wrong. From the outset, Americans celebrated Independence Day on July 4, the date the much-publicized Declaration of Independence was approved, rather than on July 2, the real day on which the United States became independent.

The NY Times is hesitant about normalizing relations with Cuba, but you won’t believe why
Next Post
Video: Hillary spokesman can’t say if Pres. Clinton would OK private emails 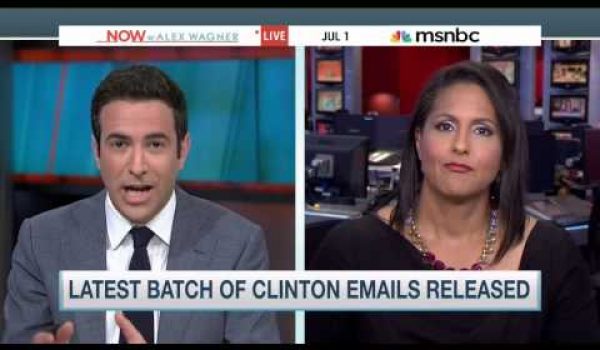