In a significant development in Syria last week, Islamic State, or ISIS, was routed from one of its key strongholds on Syria’s border with Turkey in the town of Tal Abyad.  After its defenses cracked, and jihadists either defected or fled to Turkey (where they were promptly arrested), there are now questions about how strong Islamic State really is.  Its military strategies are also being questioned.

Syrian Kurdish fighters under the YPD, or “People’s Protection Units,” seized almost all of the Syrian border town of Tal Abyad from the Islamic State on Monday, June 15, handing the jihadi group a major defeat and cutting off a key supply line to its de facto capital in Raqqa.  Tal Abyad is the major town between Raqqa and the Turkish border, lying on the route where Islamic State smuggles oil, weapons, and money.

The anti-Islamic State coalition under the United States helped the offensive in Tal Abyad. According to Foreign Policy, over the last two weeks, 23 airstrikes were launched near Raqqa and 64 airstrikes in the neighboring areas of Hasakah and Kobani, where Kurdish forces advanced from the east and the west.

The main military force, led by Kurdish units of the People’s Protection Units, or YPG, and including local battalions of the rebel Free Syrian Army, pulled down the Islamic State flag from the border crossing with Turkey earlier on Monday.  By nightfall, the entire town was held by the Kurdish forces, in conjunction with a battalion of the rebel Syrian revolutionary army known as the Volcano of Euphrates.  Thousands of civilians were forced to flee to Turkey, however, and it is thought there are Islamic State fighters amongst the civilians.

There are reports of sporadic fighting still going on around the outskirts Tal Abyad; jihadists are pinned down in some areas, without any escape routes to either Turkey or to their capital of Raqqa. The last stand might last a little longer, as the Kurdish forces have reported booby traps. Other evidence includes photographs posted on social media by hidden local activists, who showed groups of jihadist fighters surrendering to Turkish forces and being led away after fleeing across the border.

The speed of Islamic State’s collapse in Tal Abyad may signify that ISIS tactics are either shifting or crumbling. The internal cohesiveness of ISIS since the failed attack on Kobane was always subject to debate.  With the local Arab fighters surrendering to Turkey, and the foreign fighters digging in for a last stand, attention is returning to scholarly analysis that the main strength of ISIS fighters is in its foreign legions.  They appear to be more fanatical and deadly than the local Arab fighters, who surrender or defect and switch sides easily.

Tal Abyad’s fall is effectively a continuation of the fight for Kobane, with Kurdish forces continuing to press east after they defeated ISIS in January in a three-month battle. They have since joined with more Free Syrian Army battalions as they pressed deep into the Islamic State’s home turf of Raqqa, uniting with this Volcano of Euphrates group of Syrian revolutionaries.  Their success proves that the Kurds are the finest fighting forces in Middle East, and are the most capable of taking on the Islamic State.

For the first time in modern post-colonial history, the Kurds have a constant stretch of land to govern from the borders of Iran to Turkey, covering Northern Iraq and Syria. Even badly outgunned and outnumbered, and severely persecuted for generations, these secular and socialist forces have finally managed to carve out the first necessity for statehood:  territory.  Your correspondent has written previously about how Kurds could be a frontline ally against ISIS jihadists, and how the West has constantly failed to understand the effectiveness of providing arms to these people or helping them achieve statehood. That assessment stands vindicated today with this battle.

It also proves that the American strategy of providing training and arms to the Arabs is a mistake, as Arabs are too sectarian in this fight, and lack a will to make decisive war. They are also dogged by their primitive tribal and clannish ideologies, something the West can’t change or modernise in a matter of days. The Kurds fought and won a campaign from Kobane to Tal Abyad, whereas the Sunni Arabs, with more weapons and money and manpower, fled from Palmyra and Kirkuk. Taking sides in the Shiite-Sunni fight, while neglecting the secular and modern Kurds, will probably go down in history as the biggest case of short-sightedness in Western strategy.

Finally, the fall of Tal Abyad proves that ISIS is not invincible.  The ISIS fighters bleed when they are embattled; they despair and they flee, giving up weapons and surrendering.  Already, in Twitter and jihadi online forums, there is a sense of denial, the first sign of grief, as disillusioned jihadists read news of ISIS losing.  Perhaps that’s the biggest gain, when it comes to propaganda in this war that is going to carry on for decades. 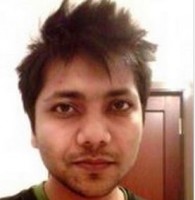 Cartoon of the Day: Warm(ing) embrace
Next Post
Woman’s defense for hiding man wanted by police: ‘All he did was shoot a cop’