President Barack Obama is preparing to unleash a series of “executive actions” aimed at boosting the green energy industry as part of his global warming agenda.

Obama is launching a “Clean Energy Impact Investment Center” at the Energy Department to “make information about energy and climate programs … accessible and more understandable to the public, including to mission-driven investors.”

The White House is also ordering the IRS to come out with guidance and rules to get nonprofits to invest in green energy technologies, along with creating more government financing options for small businesses looking to go green.

In a statement, the White House said:

Today’s announcements will help ensure that even more American-made clean energy technologies can make the leap from an idea, to the laboratory, to the global marketplace. We look forward to continuing to unleash the power and potential of innovations that serve both our economy and our environment, and to the as-yet-unimagined breakthroughs still to come.

The White House also took time to announce it had doubled the amount of green energy investment promises from the private sector, including $3.5 billion in commitments from environmental nonprofits and institutional investors.

President Obama has made tackling global warming a top priority during his second term in office, and it’s clear he wants to make signing a global climate treaty part of his presidential legacy. Administration officials have been working tirelessly to get other countries to sign onto a major carbon dioxide emissions reductions agreement later this year.

But the administration has seen mixed success on the diplomatic front, so it’s continuing to announce new regulations and executive orders aimed at reducing U.S. emissions. White House officials have continually argued that if other countries see the U.S. lead on emissions reductions they will follow suit.

“If I can encourage and gain commitments from the Chinese to put forward a serious plan to start curbing their greenhouse gases, and that then allows us to leverage the entire world for the conference that will be taking place later this year in Paris,” Obama told VICE News in an interview.

“When we think about the things that we want to get done that have significance and consequence, this is a big thing,” Brian Deese, Obama’s senior adviser, told Politico.

“Paris is the big focus internationally for this year, and it’s clear that this is a very high level priority for the president,” another senior administration official told Politico.

“The Senate is not going to ratify any international climate treaty that continues this trend, a trend I fully expect to continue during the Paris talks this December,” said Oklahoma Republican Sen. James Inhofe. 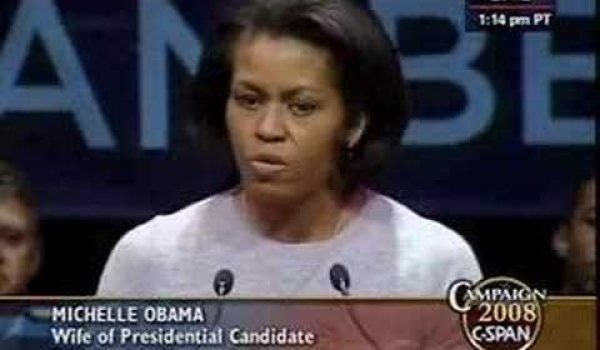 Michelle Obama to young Muslim women in UK: I feel your pain
Next Post
Trump on the stump