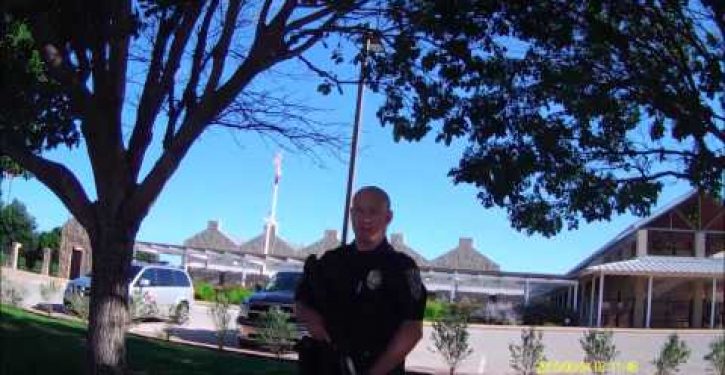 Boston police and the FBI stopped a potential terrorist attack in Boston last week, shooting Muslim radical Usaama Rahim three times after he lunged at them with a knife. It was the second time in less than a month that law enforcement officers thwarted a homegrown terrorist attack.

Despite documented evidence of the man’s terrorist intentions and surveillance video of the shooting, some in the media insist the incident qualifies as the latest example of another scourge of contemporary society: “police violence.”

More than a week after the incident took place, there is still disagreement over whether police acted correctly. Did they stop a terrorist attack, or commit a heinous act of brutality?

The facts are pretty clear – the guy was a known jihadi who refused repeated orders to disarm. But the confusion around this case illustrates a challenge police face on a daily basis. Every time an officer goes into a dangerous situation, he has to decide in a split second whether someone is a serious threat or an innocent civilian.

The rise of homegrown terror means the stakes for police are much higher. Is the person behaving erratically somebody who is mentally ill, or another Usaama Rahim? Is the person running toward them just an angry civilian, or another Ismaaiyl Brinsley? Is the person carrying a rifle on the street a fringe open carry protester, as depicted in the video that follows, or the member of an Islamist group?

It has taken the media a week to figure out what happened in Boston. And yet police make the same kind of decision every day in the blink of an eye.