A group of retired NASA scientists and engineers has written a letter to Pope Francis urging him to be skeptical of global warming claims coming from Vatican advisers.

This letter is respectfully submitted on behalf of an independent, all-volunteer team of more than 20 retired NASA Apollo Program veterans, who joined together in February 2012 to perform an objective, un-funded, independent study of scientific claims regarding significant global warming caused by human activity, known as anthropogenic global warming (AGW).

We feel compelled to write you because we are deeply troubled by the statements generated by the Pontifical Academy of Social Sciences (PASS) advocating that man-made CO2 is likely to cause a climate disaster that must be immediately mitigated by adopting United Nations’ proposals to enact world-wide CO2 emissions controls.

Pope Francis is set to release an encyclical this month focusing on global warming. It’s expected that Francis will support the United Nations goal of phasing out fossil fuels to limit warming in the coming decades.

Francis’s own Pontifical Academy of Sciences and others who attended a Vatican climate conference in April wrote that “[f]ossil fuel exploitation has also taken a huge toll on human well being.”

But Doiron and others say such claims rely on highly uncertain climate models and ignore the huge benefits carbon dioxide beings to life on Earth.

“Such statements ignore a large body of empirical evidence that calls this recommendation into serious question,” Doiron wrote, pointing to a study his group published last year.

“Available data indicate we have time to improve the scientific understanding of the AGW issue before making critical decisions regarding CO2 emissions, with potentially severe adverse consequences,” Doiron wrote. “This is especially true for the poor in developing nations who need unfettered access to relatively inexpensive fossil fuel energy sources to improve their quality of life, while benefitting from higher atmospheric CO2 levels that provide for immediate needs of increased food production.”

Global warming skeptics have already tried to convince the pope there’s no need to believe alarmists. American conservative groups and UK skeptics went to the Vatican earlier this year to warn against blindly following the United Nations.

Skeptics claimed a small victory when it was announced Francis was delaying his encyclical over concerns the Congregation for the Doctrine of the Faith “would have demolished it” in their review. The Vatican, however, denied such speculation.

Doiron and his fellow NASA retirees hope their 11th-hour letter will help convince Francis to not back the U.N.’s climate agenda.

“There is no compelling scientific or humanitarian reason for immediate enactment of world-wide CO2 emission controls, as the UN is urging you to recommend in your soon to be released encyclical on the environment,” Doiron wrote, adding:

This is especially true when we know that CO2 is a very special colorless, odorless and non-polluting gas designed by our Creator to be an essential chemical compound for sustaining all plant, animal and human life.

So far, fossil fuels have been an extremely important gift from God. Do we really understand God’s preference regarding CO2 emissions? To do so will require a much better understanding of the climate vs. food production issues resulting from further scientific research and prayer for wisdom and discernment on this issue. 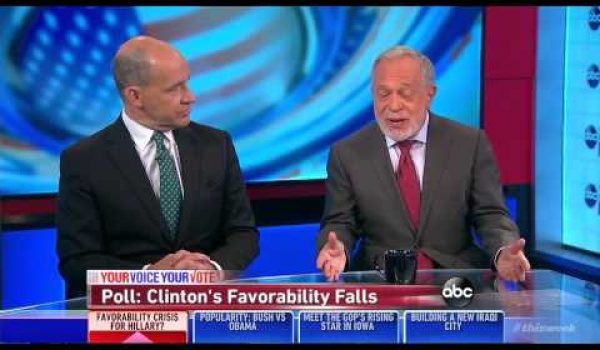 Former Clinton labor secretary: Hillary has to come clean
Next Post
Obama on Islamic State: ‘We do not yet have a complete strategy’