America is probably going to be handed “a life,” and soon.  But in the meantime, there are quite a few Americans who need to get one.

IJ Review has the story of a touching wedding photo from this past weekend, in which a U.S. Marine and his bride prayed together before the ceremony, while honoring the hoary old tradition that they should not actually see each other.

Their photographer captured the moment.

I have photographed alot of weddings. This has to be one of the best things i have ever got to see much less…

Posted by Dwayne Schmidt Photography on Saturday, May 23, 2015

Whereupon people felt compelled to actually complain about the wedding and its proximity to Memorial Day (it appears to have been held on the 23rd, which was Saturday), and the posting of the photo – by the photography service – on Facebook.  IJR cites the following examples:

You do realize that Memorial Day is to honor the fallen soldiers and not a wedding, right?

Given that, this is not the perfect image for Memorial Day.”

“My brother was a Marine and dying from it now…Where was their parade, help, thank you when they came back from Vietnam? Nowhere. All he got when he got off the plane in the airport was spit on and called names. He’s hooked up to a machine; he’s never had a ‘thank you’ except from family. Wow, a wedding — it’s supposed to be for the ones that are gone…”

There are others.  Offense was taken; the family members in the wedding party felt obliged to defend the bride and groom’s choice of wedding date, and their pre-ceremony prayer.  We can see the “triggers,” potential “micro-aggressions,” and need for “safe spaces” all over this.

Go ahead, point out how petty and stupid it all is.

Now ask yourself, should public policy be made on the basis of these petty, if often heartfelt, reactions?

Can law and government force “fix” what some people perceive to be wrong here?  Indeed, can policy “fix” it even in private, non-governmental institutions?

Vietnam veterans have a legitimate beef, after all, that they were mistreated by too much of the public during the war.  It’s understandable that many of them and their families have felt forgotten in the decades since.  Even though a now-iconic memorial was put up for them on the Mall in Washington, D.C., they have reason to feel more slighted than veterans of other wars, and some of them do.  Others, of course, don’t.

Not everyone will agree, meanwhile, that couples should avoid Memorial Day weekend when setting their wedding dates.  But for some people, perhaps especially those who’ve suffered the loss of a family member in war, the point seems very important.

And on the other hand, there will be plenty of people who have lost family service members in war who don’t think weddings need to skirt Memorial Day, and who think complaining about it is weak and silly.

Think before you answer.  We have all kinds of public policy today, on things that are nothing more than precisely such matters of opinion as this one.  Some of them are dressed up in scientific-sounding language.  Some of them are carried along on a seeming tidal wave of resentful, offended people, their throbbing resentment so disruptive and unslakeable that it seems to require perpetual concessions and solicitude.  Some are presented as great emergencies.  All are presented as requiring regulation, public monitoring, judicial protection, and “investment.”

But what if – just what if – there is in reality almost no such clash of opinions by the public that actually requires being addressed by public (or other institutional) policy?  People have a lot of opinions and a lot of feelings, and the more we can express them to each other – i.e., through social media – the more urgent and publicly significant they seem.  But are they really so urgent that we need to silence, regulate, and tax our neighbors, to enforce some over others?

Final thought.  There is an alternative to picking and choosing whose opinions and feelings to enforce, on thousands of disputed topics.  The alternative is to not assign government that function in the first place.

If you’re over the age of about eight, you can understand that buying into the necessity of government doesn’t mean you’re automatically buying into government enforcing opinions and feelings on everything that comes up among people.  Government can and should be limited in its assigned scope.  That was our Founders’ basic premise.

You can’t make policy that will fix a situation like this dispute over a wedding photo posted on Memorial Day weekend.  But we actually try to make such policy all the time. 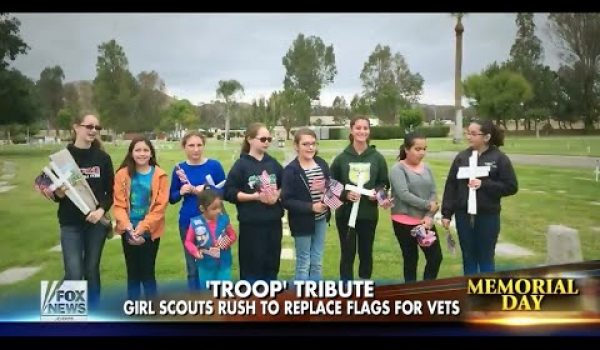