A May 11 decision by a three-judge panel of the Fourth Circuit Court of Appeals showed contempt for binding Supreme Court precedent, defied logic, and disregarded fundamental rules of evidence, civil procedure and appellate review. That 2-to-1 decision in Brown v. Nucor Corp. certified a sprawling class action lawsuit alleging racial discrimination in promotions, allowing it to be brought based on statistics that other courts (like the Eighth Circuit Court) have correctly rejected as unreliable junk science, in rejecting class actions lawsuits against the very same company (see Bennett v. Nucor Corp., 656 F.3d 802 (8th Cir. 2011)).

It also permitted the plaintiff to make internally contradictory arguments to get that junk science into evidence, improperly put the burden of proof on defendant to disprove the admissibility of evidence, and allowed the plaintiff to make arguments it had waived by not including them in its opening brief, but rather putting them into its reply, where the company never even had a chance to rebut them.

The decision also flouted the Supreme Court’s 2011 ruling in Wal-Mart v. Dukes. That Supreme Court ruling overturned a finding of “commonality” among Wal-Mart’s female employees in a class action lawsuit alleging discriminatory promotions, saying they didn’t have enough in common to sue together in a class action. That principle applies to the lawsuit against Nucor with added force, since it was brought under Rule 23(b)(3), the rule under which class actions for damages are brought. This rule requires not just commonality but also an additional, heightened showing of predominance of such common issues: “a Rule 23(b)(3) certification … requires proof that common issues not only exist but also predominate over individual issues and that class treatment is superior to handling the absent class members’ claims individually.”

But the Fourth Circuit effectively held that rather than following the Supreme Court’s decision in Wal-Mart, the trial court should have followed an earlier Fourth Circuit decision involving Nucor that was abrogated by the Supreme Court’s Wal-Mart decision, Brown v. Nucor Corp., 576 F.3d 149 (4th Cir.2009) (“ Brown I ”). Or rather, it held that the trial court should have certified a class action based on invisible ink in that decision, namely a non-existent finding in it that common issues predominated over individual issues. Even if it had made such a finding, it would be abrogated by Wal-Mart, since if commonality is absent, predominance will even more clearly be absent in almost all cases.  (As the Fourth Circuit observed, the Wal-Mart decision “provided a sufficiently significant change in the governing legal standard to permit a limited reexamination of whether the class satisfied the commonality requirement of Rule 23(a)(2)”).

The Fourth Circuit’s abrogated 2009 decision had addressed commonality, not predominance,  It found mere commonality based on statistical evidence of “relatively weak probative value,” even though problems in that evidence—the statistical evidence seen here—might “very well discredit” it at some later stage. Id. at 156 & n. 10. This very low, almost non-existent level of proof was later ruled insufficient in the Supreme Court’s Wal-Mart decision.  See Wal–Mart, 131 S.Ct. at 2553 (distinguishing between an “otherwise unsupported allegation” and the “significant proof” required to establish a common policy).

Therefore, the trial judge was free to examine whether Plaintiffs’ class met that provision’s requirements, and accordingly decertify the class based on its failure to comply with the rules. Based on the Wal-Mart decision, the trial court properly found insufficient commonality. But it also correctly ruled that even if “plaintiffs have identified a common issue that satisfies Rule 23(a)(2), . . . ‘common issues,’ . . .do not predominate over individual issues with regard to the plaintiffs’ promotions claims.”

By arguing that predominance was mandated even if commonality was absent under the Supreme Court’s Wal-Mart decision, the Fourth Circuit’s recent Brown v. Nucor decision not only divests the “predominance” requirement of Rule 23(b)(3) of any real independent meaning, but turns the relationship of “commonality” and “predominance” upside down.

As the Maryland Appellate Blog notes, the Fourth Circuit’s recent decision in Brown v. Nucor Corp. “throws federal employment law into some disarray by creating a sharp circuit split. It also muddies an area of class action law that the Supreme Court had recently clarified in Wal-Mart v. Dukes, 131 S. Ct. 2541 (2011) (“Dukes”). The case calls out for review – and reversal – by either the en banc Fourth Circuit or the Supreme Court.” 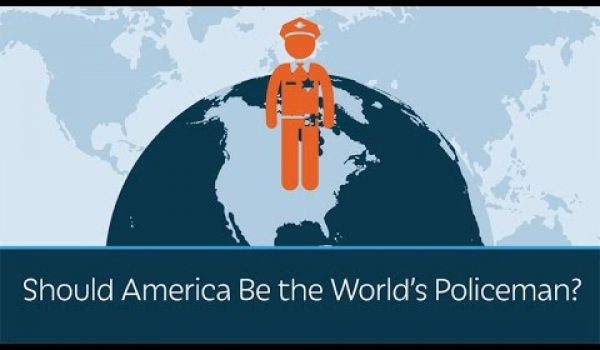