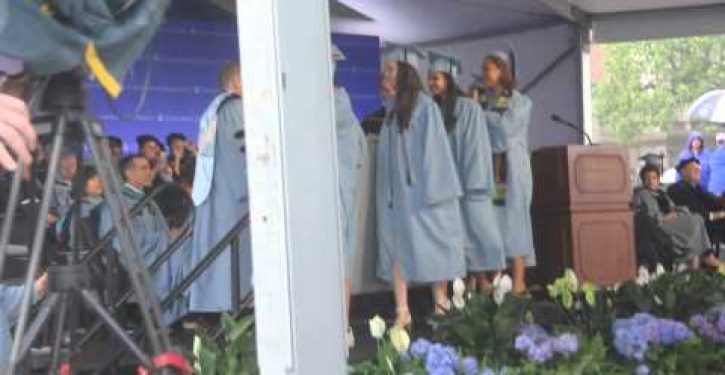 Never mind that her story of having been raped on campus by a male undergraduate has been widely debunked. Never mind either that the accused has filed a suit against the school, claiming that it abetted his accuser in carrying out her campaign of harassment and defamation.

In spite of all that, Emma Sulkowicz, the Columbia University student also known as Mattress Girl, has fulfilled her pledge to carry a mattress all the way to graduation by dragging it up on stage during Columbia’s class day celebration.

Video posted online by the Columbia Daily Spectator shows Sulkowicz carrying the mattress, assisted by some friends, while collecting cheers from the audience.

Class day at Columbia is the day students are able to come up on stage and be personally acknowledged for their accomplishments. Because of Columbia’s large student body, commencement, which was held the day after, is a collective event where students are not individually recognized.

Sulkowicz’s mattress carrying is part of her senior art thesis, titled “Mattress Performance (Carry That Weight).” Sulkowicz claims she was raped in 2012 by fellow student Paul Nungesser and said she would carry the mattress until she graduated or until Nungesser was expelled.

In the end, she carried the mattress for nine months.

Sulkowicz was able to carry the mattress on-stage despite a new provision in Columbia’s class day rules prohibiting the carrying of large items on to the stage.

“Graduates should not bring into the ceremonial area large objects which could interfere with the proceedings or create discomfort to others in close, crowded spaces shared by thousands of people,” Columbia students were told in an email sent Monday. In apparent defiance of the new rule, Sulkowicz brought her mattress to commencement anyway, and it appears Columbia officials acquiesced.

While Sulkowicz’s actions have won praise from some anti-rape activists and even earned her an invitation to the State of the Union from Sen. Kirsten Gillibrand, her accusations of rape have also been strongly disputed. Nungesser was found not responsible for assaulting Sulkowicz in a campus judicial hearing at Columbia, and police have declined to press any charges against him.

Nungesser’s lawsuit, filed in April, quotes Facebook conversations between Sulkowicz and himself that suggest she had a strong romantic interest in him and that she remained friends with him even after the alleged assault supposedly occurred.

Similarly, while Sulkowicz won cheers during her appearance Tuesday, there are signs that some at Columbia have turned against her. Some student comments on a Spectator article lamented that Sulkowicz’s carrying the mattress at graduation was simply an effort to attract attention. 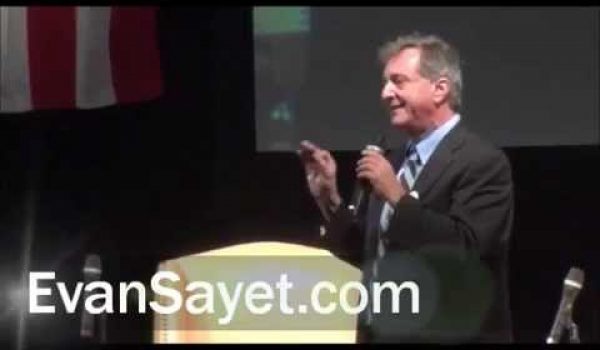