Continuing its assault on every cause that could possibly upset progressives, on Friday the crowd-funding site GoFundMe removed from its site a fundraising appeal for the Baltimore police officers who were arrested in connection with the death of Freddie Gray.

“Apparently our GoFundMe account has been suspended with no explanation,” said the Baltimore City Fraternal Order of Police on Twitter. “We are working to find a new site for donations. Thank you!”

The Baltimore FOP site had set a goal of $600,000 for the six officers charged Friday in the death of the 25-year-old Gray, who died April 19 from spinal injuries sustained while in police custody.

The police union said in its statement on the now-defunct campaign site that it has been “overwhelmed with the enormous generosity of people from around the world.”

“All monies collected will be used to assist our officers with their living expenses during their unpaid suspension, as well as to help defray their legal expenses,” said the page. “We thank you, in advance, for your continued support.”

During its brief run, the FOP campaign had drawn a rash of criticism on social media. The website Gawker said the page was removed within 40 minutes of being posted.

Last Saturday GoFundMe killed fundraising appeals for Arlene’s Flowers and for Sweet Cakes by Melissa. While neither business has been accused of a crime or of trying to raise funds fraudulently, both have been harshly judged by liberals in the court of public opinion for refusing to provide products for gay weddings, which the owners find objectionable on the basis of their Christian beliefs.

On April 29 GoFundMe’s terms and conditions were altered to exclude fundraising efforts where “claims of discrimination” or “discriminatory acts” were believed to have occurred. The site announced the changes on its blog, taking their position a step further:

We are also informing users that GoFundMe reserves the right to share the content from a deleted campaign with law enforcement, donors or stated beneficiaries who wish to file a police report about any misuse of fundraising proceeds. The added language can be found below:

By using GoFundMe, Users are representing and warranting that all donations received are being given and being used solely for the purpose(s) stated within the content of the User’s campaign. We reserve the right to provide information relating to your campaign with donors and beneficiaries of your campaign, and with law enforcement or to assist in any investigation. 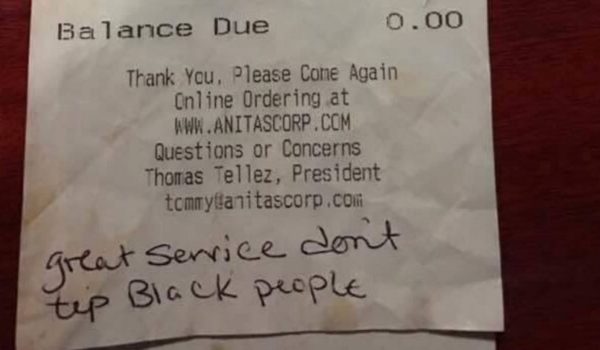