Al Arabiya is reporting that Iran has commandeered a U.S. cargo ship and directed the vessel to the port of Bandar Abbas on the southern coast of Iran.

The report released mere minutes ago indicates that the ship was fired on before being boarded. As many as 34 American sailors are believed to be aboard the ship. It is unclear at this point where the voyage originated or where the ship was headed.

This development would appear to be a reflection of the fact that the U.S. and Iran, despite a deal they have attempting to forge diplomatically on the latter’s nuclear ambitions, are on opposite sides with respect to the civil war currently being waged in Yemen.

This is a developing story and will be updated as new information becomes available.

*UPDATE* CNBC reports that the ship seized was the Maersk Tigris, owned by a Danish company and operating under the flag of the Marshall Islands. U.S. defense officials are quoted as saying that ship, which was seized in the Strait of Hormuz and is under control of the Iranian Revolutionary Guard, has no American citizens on board.

The Iranian navy seized the ship at the request of the Iran Ports Authority under a court order, according to the English service of Iran’s Fars News Agency.

The seizure happened with tensions high in the region. Saudi Arabia recently engaged in a bombing campaign in strife-torn Yemen against Iranian-backed Houthi rebels.

GAO: Dept. of Energy’s green energy loans, predicted to turn profit, will lose money
Next Post
Afghan vet finds note on his car windshield — but not what he might have expected (Video) 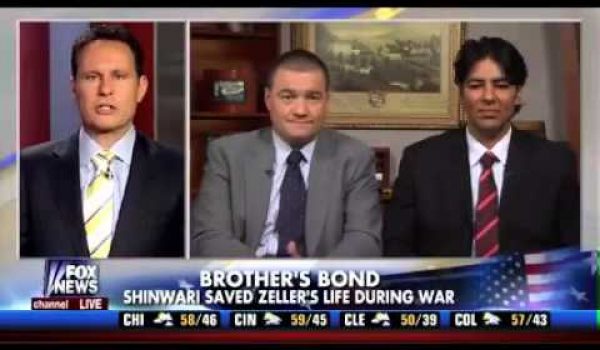