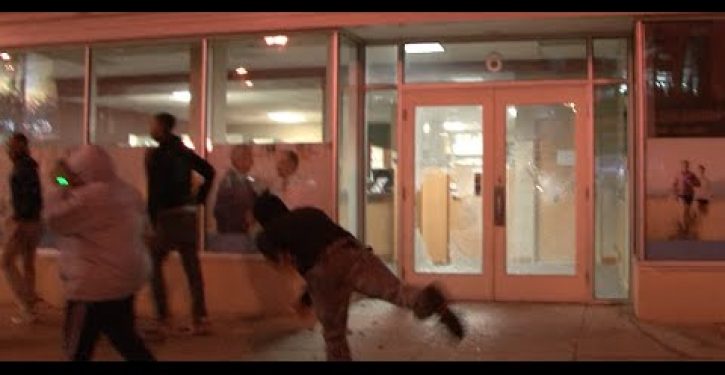 Rioters will be rioters. That seemed to be the message Baltimore Mayor Stephanie Rawlings-Blake was sending when she said in a press conference last night:

It’s a very delicate balancing act because while we try to make sure that they [police] were protected from the cars and the other things that were going on, we also gave those who wished to destroy space as well. [Emphasis added]

The “other things that were going on” is an obvious reference to the wholesale violence that enveloped Balitmore over the weekend as protests escalated. The destruction of property and general mayhem are captured in the video below. Interestingly, at one point (around 0:37) you see a woman pushing a baby stroller.

Most interesting of all, though, is the looting, which has become de rigueur whenever blacks riot over a perceived injustice (in this case the death of a black man, Freddie Gray, following his arrest). Rawlings-Blake didn’t specifically address that aspect of the mob mentality she appeared to be condoning.