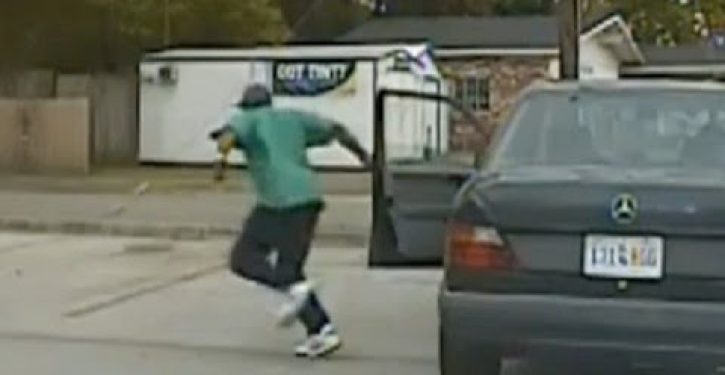 As you likely know, body cams are simple video cameras that can easily be attached to the body. They cost about $50 each, and logically every police offer should already be required by law to wear one.

Body cams are proven to dramatically lower the use of force and false claims by police officers, as well as reduce crime and complaints against police officers. Statistics prove this, but, really, anyone in his right mind should have been able to figure this out using basic logic.

The opposition squeals,”Video cameras are a violation of privacy!” Perhaps using that logic we should go ahead and discard all surveillance cameras, in all locations. For that matter, let’s deep-six all modern technology and then go back to living the way people did in the Middle Ages. If this line of reasoning sounds familiar, it is because it hails from the Islamic State playbook.

On the day last week that my column on the benefits of privatizing police ran, South Carolina police officer Michael Slager shot Walter Scott, an unarmed man, eight times as Scott tried to run away. Then as a bonus Slager threw down his Taser next to Scott’s dead body and called it self-defense. It was another killing of an unarmed civilian (and yet another flight by Al Sharpton in the private jet).

Without video from a passerby’s phone, Slager’s false account of the killing might have passed muster, allowing him to walk. He might even have been praised for his bravery and promoted. The leftist Huffington Post actually gave a good account of a hypothetical news report that could have been published had the video not surfaced.

Compare the video linked above with the dash cam video from Slager’s patrol car below:

While he knew he was on video, the officer remained calm. Maybe a body cam would have prevented the shooting that followed.

In 2012, police in Rialto, Calif., were equipped with body cameras and the results, below. were clear. The use of force by officers fell 60% compared with a year earlier. Also the number of complaints against officers fell 88%.

Similar studies in other localities have yielded similar findings.

Citizen Liberty is a perpetual traveler originally from the New York City area. His columns also appear at his blog Citizen Liberty.

The four basic reasons the framework ‘agreement’ with Iran is bad; with bonus new problem!
Next Post
There’s gratitude for you: Obama’s friends on the Israeli left are bashing his Iran deal