Sorry, John Holdren, but a new study found that global warming is not going to cause more extreme winter storms.

Scientists at ETH Zurich and the California Institute of Technology found:

Arctic amplification of global warming leads to even less frequent cold outbreaks in Northern Hemisphere winter than a shift toward a warmer mean climate implies by itself.

The study, published in the Journal of Climate, used a simple climate model to argue that theories global warming will make winters worse are wrong. The paper says a rapidly warming Arctic will actually decrease the range of temperature fluctuations, making cold snaps rarer.

“Despite lower temperature variance, there will be more extreme warm periods in the future because the Earth is warming,” Tapio Schneider, the study’s lead author, said in a statement.

“The waviness of the jet stream that makes our day-to-day weather does not change much,” Schneider said.

Since 2014’s “polar vortex,” the scientific debate has heated up over whether or not global warming is going to make winter weather more severe. White House science czar John Holdren argued in a video last year that winters were becoming more extreme because the temperature difference between the Arctic and the mid-latitudes is making the jet stream wavier. A wavier jet stream means fiercer winters in the Northern Hemisphere, according to Holdren.

A more recent study by Paul O’Gorman, a climate scientist at the Massachusetts Institute for Technology, found that global warming will lead to less overall snowfall but cause more major blizzards in places like New England. Part of O’Gorman’s argument was that increased water vapor from higher temperatures was also driving harsher blizzard.

Most studies have been about how much snow falls in a season or in a year and call that average snowfall. But of course, in terms of disruption to society or economic disruption, we’re also interested in heavy snowfalls.

O’Gorman’s study came out as the city of Boston was in the process of getting record level snowfall. The city eventually got nearly 109 inches of snow last winter — an all-time record.

“In some regions, fairly cold regions, you could have a decrease in the average snowfall in a year, but actually an intensification of the snowfall extremes,” O’Gorman said.

“Heavy snows mean the temperature is just below freezing, any cooler and the amount would be a lot less,” Kevin Trenberth, a climate researcher at the National Center for Atmospheric Research, told the Washington Post, adding:

Warmer waters off the coast help elevate winter temperatures and contribute to the greater snow amounts. This is how global warming plays a role.

But that’s not the limiting factor in storm formation. What is necessary is the variety of conditions which can support the formation of low pressure centers … sufficient water vapor is usually ready and waiting to play its part.

So is it time to say goodbye to fierce winters? Probably not anytime soon, but it remains to be seen just how global warming could impact the world’s weather systems.

Cartoon of the Day: USA in decline
Next Post
Aftershock: Undercover footage of another university sympathetic to Islamic State (Video) 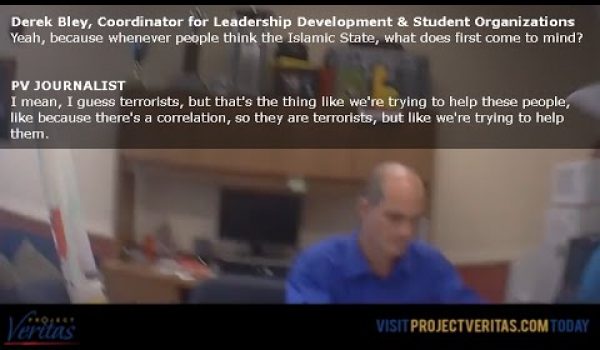