Obama’s right. There’s not a smidgen of corruption in his administration. There’s a torrent of it, from former secretary of state Hillary Clinton’s private mail server to former IRS bigwig Lois Lerner’s trashed hard drive … to the latest stonewall. by EPA chief Gina McCarthy.

The top Republican lawmaker on the House Science Committee issued a subpoena Wednesday to compel the Environmental Protection Agency to produce the director ‘s text messages and phone records.

Rep. Lamar Smith of Texas wrote to McCarthy in a letter sent out Wednesday:

Because EPA has refused to provide a complete production of records in response to the Committee’s repeated requests, I am left with no alternative but to issue a subpoena to compel you to produce, among other things, unredacted cellular phone billing records and e-mails relevant to the Committee’s oversight.

Republican lawmakers have been trying to obtain McCarthy’s text messages and phone records ever since the agency admitted to a federal judge in October that the texts may have been deleted. At the time, McCarthy’s texts were being pursued by the Competitive Enterprise Institute, a libertarian think tank.

EPA’s lawyers told the court that the “[d]efendant has decided to formally notify the National Archives and Records Administration (NARA) about the potential loss of federal records relating to text messages.” The admission set off an EPA transparency investigation by Congress, with lawmakers trying to get hold of the deleted texts.

The EPA, however, has maintained the agency broke no records laws. An EPA spokeswoman said at the time that “the agency maintains that the text messages neither had to be preserved nor were subject to disclosure. Text messages can legally be deleted.”

Since then, Republicans have tried numerous times to get McCarthy’s texts and phone records, of which the EPA says there are more than 5,000. But the agency has not been forthcoming with the texts, only turning over one message to lawmakers.

The agency told the committee it was taking so long to hand over records because it was redacting the phone numbers of McCarthy’s “friends.” Said Smith:

EPA would have the Committee believe that of the more than 5,000 texts sent or received by you on your agency phone, the only one that was related to official business and required consideration for archiving was received less than ten days after the Committee wrote to the agency requesting information about your text messages and archiving practices.

Additionally, EPA insists that the Committee’s oversight obligations are satisfied by the production of heavily redacted phone records that do not allow the Committee to verify the agency’s claims.

But that one message has Republicans wanting more answers. In that message, Gene Karpinski, the president of the League of Conservation Voters, wrote “Karpinski here. Great job on the EPA comments on keystone. I feel like the end is very near…..”

Gene-I received your text message earlier today but I do not use text messaging for work purposes. Please make sure in the future to use my email address.

Five days later, McCarthy forwarded the text to her assistant to archive for federal records.

LCV heartily backed McCarthy during her nomination process in 2013. The group has also been heavily opposed to the Keystone XL pipeline and has spent millions backing Democratic candidates who also opposed the pipeline’s construction.

Since at least 2014, LCV has been actively trying to block Keystone XL. They supported President Barack Obama’s veto a bill to approve the pipeline in February. The group also cheered the EPA’s February letter to the State Department, criticizing the project — Karpinski sent a text to McCarthy the day after the EPA sent its anti-Keystone letter.

This was the only text out of at least 5,000 sent by McCarthy the agency says qualified for federal records archiving during her tenure. Republicans, however, are skeptical and forcing the agency to turn over more information.

The EPA did not immediately respond to a request for comment. 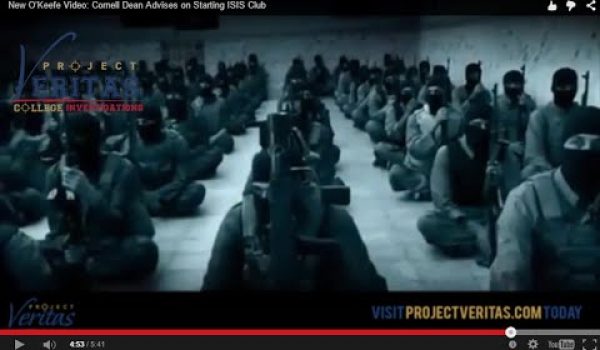