Espresso makes you hyper. When you’re hyper you sometimes make rash decisions. When you make rash decisions you usually regret it. Starbucks CEO Howard Schultz evidently chugged a Venti-five-shot-double-pump-skinny-vanilla-latte last week before announcing Starbucks’ new “RaceTogether” public relations stunt. As he describes it, the über-”progressive” head of the multi-billion dollar corporate mega-giant that brews mediocre coffee by the silo full and whose leadership is almost exclusively white, to “start a discussion” about American race relations. (I’m pretty sure that discussion has been ongoing for a couple centuries, but, I digress.)

Bad idea? The cost of white privilege? I don’t know. Maybe it’s just how I’m wired, but I kind of relish the opportunity to explain to a bearded, ghost white, heavily pierced and tatted 29-year-old aspiring LGBTOMGWTFBBQ Gender Studies professional that the whole “Hands up Don’t Shoot™” meme was a cultural Marxist hoax rooted in, as are all things progressive, a bunch of pretend stuff.

Anyway, the stunt has backfired magnificently. It’s had the exceptionally rare outcome of bringing together conservatives, progressives, and people of every race, color and creed to universally mock Schultz and Starbucks corporate, and resolve, perhaps for the first time, to use the drive-thru.

Maybe that was the plan all along.

This, of course, is just more empty, liberal, feel-good hashtag activism designed to endear a detached corporate giant to today’s easily-led-astray millennial (and younger) generation and to make people who otherwise don’t do squat feel like they’re doing something meaningful. Conforming to “non-conformity” feels good. It’s all the rage. Starbucks is playing it up. It’s a commercial PR ploy – a business calculation that missed the mark by a Mississippi mile. Honestly, I actually feel bad for the young people who work there. It’s got to be embarrassing. In my experience, and all joking aside, most Starbucks employees are very nice and hardworking folks.

Even so, since Starbucks has already taken the plunge, let’s go with it. While the idea of “a national discussion on race relations” is worn, if we’re going to be forced into it while trying to wash down our rubbery, microwaved-to-900-degrees sausage-egg sandwich, then the whole #RaceTogether refrain is overly broad and lacking in substance. Let’s drill down some. Here are three alternatives I’d like to see scribbled on my cup:

Veteran journalist and professional blogger Robert Stacy McCain suggested this one. “There is a world of difference between (a) calling attention to legitimate grievances and (b) dishonestly exploiting those grievances.”

Speaking of dishonest exploitation, and as reluctantly admitted to by the Washington Post’s very liberal Jonathan Capehart, two “must-read investigations” released by the Justice Department on the officer shooting of 18-year-old Michael Brown in Ferguson, Mo., “forced” him “to deal with two uncomfortable truths: Brown never surrendered with his hands up, and [Officer Darren] Wilson was justified in shooting Brown.” Moreover, said Capehart, “Brown fought with the officer and tried to take his gun. And the popular hands-up storyline, which isn’t corroborated by ballistic and DNA evidence and multiple witness statements” was a total fraud perpetrated by race-baiting hucksters like Al Sharpton, Barack Obama, Eric Holder, Capehart’s fellow liberal media agitators and everyone else who stands to gain by fanning the flames of racial division. By the way, since his column appeared, Capehart has been branded a house Negro by the party of tolerance.

Here’s another fact that matters. Let’s #RaceTogether and grieve the tragic reality that 93% of blacks murdered in America are murdered by other blacks. I, for one, believe that #AllLivesMatter, whether they’re tragically taken in self-defense by a white cop, or brutally taken over disputed drug territory by a black gangbanger.

Hi, Barista Bob. Why, yes, I would love to discuss race. Did you know that the most dangerous place on earth for an African-American is in her mother’s womb? The No. 1 killer of blacks in the U.S. is abortion. There isn’t a close second. This is by design. Like Adolf Hitler, Margaret Sanger, the founder of Planned Parenthood, was a devoted eugenicist who once said, “We don’t want the word to go out that we want to exterminate the Negro population.” To this day Planned Parenthood continues Sanger’s legacy of ethnic cleansing. “Seventy-eight percent of [Planned Parenthood] clinics are in minority communities. Blacks make up 12 percent of the population, but 35 percent of the abortions in America.” Planned Parenthood’s founder claimed, “Colored people are like human weeds and are to be exterminated.”

Barista Bob, can we #RaceTogether on the idea that African-Americans aren’t human weeds and shouldn’t be exterminated – that is, dismembered alive – at the rate of thousands per day?

The only people who still view the world in terms of skin color are, typically, Democrats, progressives, and those racial minorities who allow themselves to be politically exploited by these primarily white liberals – who become dependent on government assistance. Sure, there are still racists out there (your KKK and neo-Nazi-types), but they’ve been largely marginalized in our culture. And well they should. What’s troubling is that today many of the most powerful people in America remain, self-servingly so, obsessed with skin color.

So, thank you, no, Starbucks. I’d rather not discuss race. I’m not seeing it. And I’m teaching my kids to be colorblind as well. “White privilege?” Hardly. My mom grew up in the sticks of Oklahoma in little more than a shack. She had no indoor plumbing. At times she didn’t even have a pair of shoes to wear. She worked her butt off to escape those circumstances. That’s how I was raised. That’s how I’m raising my children.

A pretty smart fellow once said that he hoped to “one day live in a nation where [people] will not be judged by the color of their skin, but by the content of their character.”

Many of us are living there now.

The rest of you can join us any time. 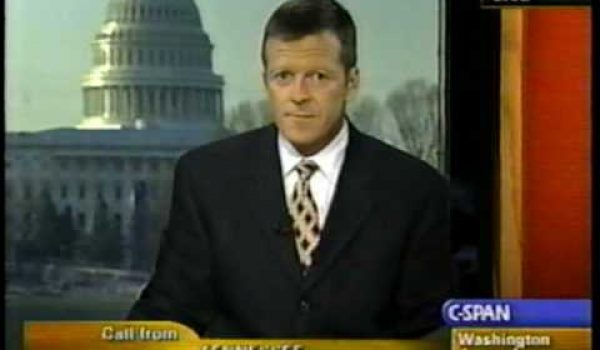 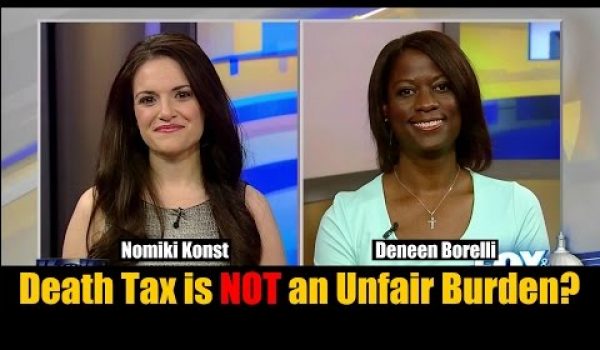