Several unions filed a lawsuit Tuesday challenging the constitutionality of a recent Wisconsin law which bans mandatory union dues as a condition of employment.

The policy, known as right-to-work, was signed into law Monday by Gov. Scott Walker after it passed both the state senate and assembly. The Wisconsin AFL-CIO from the beginning has fought the law by helping to organize rallies in front of the state capital. Now, in its latest attempt to stop the policy, it has filed charges against the new law. The AFL-CIO is getting support from the Machinists Local Lodge 1061 and the United Steelworkers District 2.

According to The Associated Press the unions are arguing that the law violates their constitutional rights because it requires unions to act on behalf of workers who are no longer required to pay union dues.

Union supporters and labor experts touted the same argument and some labor experts when the law was debated in both the state senate and assembly. At the time though, James Sherk, a senior policy analyst at the Heritage Foundation, argued that unions actually have a choice on whether they have to represent every employee in a bargaining unit. Said Sherk, “Federal law does not require a union to act as an Exclusive Representative. The choice of whether to be an Exclusive Representative or Member Only remains with the union.”

Under the National Labor Relations Act, when a union decides to be an Exclusive Representative at a company, it must represent all workers. However it can choice to be a Members Only union which only requires them to represent dues paying members.

Similar attempts to block Michigan and Indiana from adopting their own right-to-work laws have been unsuccessful but as the Milwaukee Business Journal notes, parts of a Michigan lawsuit continues to advance and will have a hearing in July.

The unions are seeking both a temporary and permanent block of the law. A hearing on a request for a temporary restraining order is set for March 19.

Wisconsin Policy Research Institute (WPRI) found in a recent poll of Wisconsin citizens that the state overwhelmingly approves of the policy. The poll found 62% would vote in favor of such a law, 32% would not and 6% didn’t know.

Cartoon of the Day: ‘Deal or No Deal,’ with your host Barack Obama
Next Post
The 8 biggest lies Hillary told at her email press conference (Video) 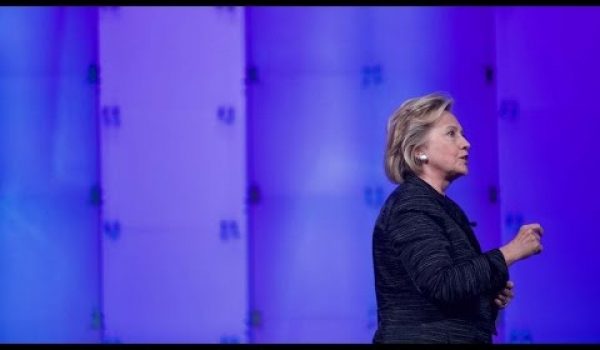