In a developing story, the national headquarters of the Sigma Alpha Epsilon fraternity announced Sunday that it had closed its chapter at the University of Oklahoma after a video emerged allegedly showing members of the chapter chanting, “There will never be a n*gger at SAE.”

The video (below) was posted to Twitter by a group called Unheard, which describes itself as “an alliance of black students organized for change within campus administration and atmosphere.”

Chelsea Davis, a co-director of Unheard and a junior at the university, is quoted by ABC News as saying:

Clearly in that video, that is nothing new. That is nothing that just sparks up overnight. That is a chant that was well-known, well-versed [sic], and seemed to be OK with everybody that was involved.

Davis’s tweet, which included the message “Racism is alive at The University of Oklahoma,” was directed at OU president David Boren, who tweeted back:

If the video is indeed of OU students, this behavior will not be tolerated and is contrary to all of our values. We are investigating. – DBo

Sigma Alpha Epsilon’s national headquarters took swift and decisive action, closing the chapter and suspending all members whose privileges, it went on to say in a statement, may be revoked permanently:

We apologize for the unacceptable and racist behavior of the individuals in the video, and we are disgusted that any member would act in such a way. Furthermore, we are embarrassed by this video and offer our empathy not only to anyone outside the organization who is offended but also to our brothers who come from a wide range of backgrounds, cultures and ethnicities.

This type of racist behavior will not be tolerated and is not consistent with the values and morals of our fraternity. We have more than 15,000 collegiate members across the nation, and this incident should not reflect on other brothers because this type of hateful action is not what Sigma Alpha Epsilon stands for. This is absolutely not who we are.

Brad Cohen, national president of the fraternity, is quoted further down explaining that SAE is “a diverse organization” with “zero tolerance for racism or any bad behavior. When we learned about this incident, I called an immediate board meeting, and we determined with no mental [?] reservation whatsoever that this chapter needed to be closed immediately.” [Emphasis added]

The highlighted buzzwords are liberal code — “dog whistles,” if you will — that generally precede actions characterized by no mental activity at all (reservations included).

Which is to say, color me skeptical. We’ve been down this road before. Yes, there is racism in this country — both directed at, and by, blacks. But there have also been enough “false positives” to warrant a healthy skepticism when stories like this break .

As an aside, it should be noted that the SAE frat house at the University of Oklahoma was vandalized overnight and defaced with graffiti. That, too, is nothing new. 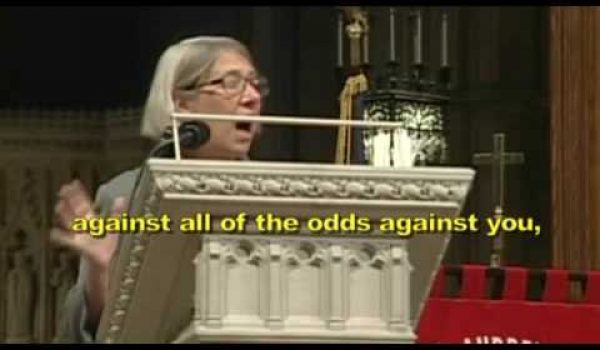 Picture of the Day: Secret Hillary email address pays homage to Mao Tse-tung’s fashion sense (Video)
Next Post
Air Force wants the A-10 gone but has no idea what next-gen aircraft will replace it