“Turns out bigger isn’t always better,” quips the New York Post in an article about a Nigerian woman seeking divorce from her new husband on the grounds that “she couldn’t handle the size of his penis.”

Aisha Dannupawa, a housewife and mother of three, asked a Sharia court to dissolve her one-week marriage to Ali Maizinari in Nigeria’s Zamfara State due to his large member. She told the court she had married Maizinari after her first marriage failed.

As part of tradition before settling in her husband’s home, the bride was invited to move into his parents’ house. It was when they first had sex that she claimed the trauma began.

“[W]e had sex but the experience was a nightmare. Instead of enjoying the sex, it turned out to be something else because his penis was too big,” she told the court, according to Nigeria’s Tribune.

After the the couple’s first failed encounter, Dannupawa took medication given to her by her mother. After a second attempt, which Dannupawa again found “too much to bear,” the couple agreed that perhaps they were not the right fit for each other. 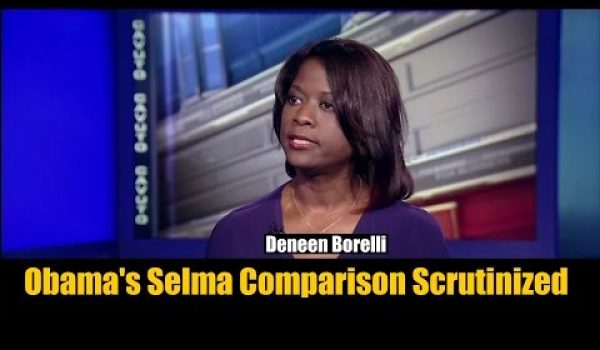 Watch my comments on Obama’s shameless exploitation of the Selma 50th anniversary on ‘Cavuto’ (Video)
Next Post
Tweet of the Day: To D.L. Hughley, all (conservative) blacks evidently look alike