This past weekend the Washington Post ran a piece with the headline, “The making of Hillary 5.0: Marketing wizards help re-imagine Clinton brand.”

The title caught my eye because back in December, I penned a piece at National Review titled “Hillary Has a Brand.”

That headline, along with numerous bullet points detailing Hillary’s brand, was lifted (as the piece explains) from e-mails I had received from a Hillary supporter, whom I had egged on after his initial e-mail commenting on my piece about likely Hillary campaign manager John Podesta.

Aside from the headline, my favorite line offered by that rabid Hillary supporter was: “She is Hillary Clinton and everyone knows who she is.”

Having since developed an ongoing interest in Clinton’s brand, I was dismayed over the weekend to read that Hillary has yet to develop one and is now employing two corporate “marketing wizards” to help her with that formidable task. According to the Post, the corporations where these marketing wizards have successfully launched rebranding campaigns include Coca-Cola, Southwest Airlines, and Walmart.

Could these massive corporate campaigns offer some clues about Mrs. Clinton’s branding strategy when her 2016 run for the White House is finally launched? Let’s take a look.

In September 2014 Entrepreneur had a report touting the success of Coke’s rebranding:

The company’s “Share a Coke” campaign — in which Coke bottle labels were personalized with 250 popular names, in addition to various terms of endearment, including “Bestie” and “Wingman” — has reversed a downward sales trend that has plagued the company for the past decade, according to The Wall Street Journal.

It’s obvious that Coke’s marketing strategy could easily be transferred to Clinton’s 2016 brand with a “Share a Scandal” campaign. Just imagine 250 old and new Clinton scandals and names associated with controversy appearing on personalized bumper stickers, yard signs, buttons, and dog collars, and across all social-media platforms.

What a clever way to reintroduce all the old favorites like Whitewater, Paula Jones, cattle futures, Lincoln Bedroom, Monica Lewinsky, Hillarycare, impeachment, Juanita Broaddrick, and Vince Foster to a new generation of young, hip voters, many of whom were not even born when the Clintons took office in 1993.

The next corporate rebranding that potentially transfers to Clinton’s campaign is Southwest Airlines’ “Massive Brand Refresh.” On September 8, 2014, a headline based on that phrase appeared in Advertising Age with a report stating: “The initial effort breaks today with a commercial unveiling the new plane design themed, ‘Without a heart, it’s just a machine.’”

Hillary’s campaign could easily adjust Southwest’s tagline to read: “Without a heart, Clinton is just a machine.” And as a throwback to former President Bill Clinton’s famous “feeling your pain,” the branding slogan “Hillary has a heart” offers a fresh, new, and sensitive vibe for 2016.

Speaking of hearts, Roy Spence, one of Hillary’s “marketing wizards,” was quoted on that subject during Hillary’s 2008 campaign:

“I’m more actively engaged on a daily basis for awhile to make sure that Hillary’s heart gets communicated,” said Mr. Spence, whose friendship with the Clintons goes back three decades.

Finally, perhaps the best branding example of all is Walmart’s 2013 campaign.

As reported by Forbes:

It must be a great time to be in advertising, as yet another retailer has launched a new image campaign. “The Real Walmart” is meant to school consumers on just what, or who, the real Walmart is.

Just imagine the possibilities for Clinton, as this Walmart-inspired “The Real Hillary” branding campaign practically writes itself!

Even the Washington Post’s 5.0 branding piece reports that this “real” concept is bouncing around the brains of the two marketing wizards, Wendy Clark and the aforementioned Roy Spence:

People familiar with Clinton’s preparations said Clark and ­Spence are focused on developing imaginative ways to “let Hillary be Hillary,” as one person said, and help her make emotional connections with voters.

Eureka! It’s Walmart!! And with it, Hillary’s branding problem is finally solved! Here are my recommendations to the marketing wizards:

The “real” Hillary sets up mini-campaign headquarters in all the battleground-state Walmart stores. Then, in regularly scheduled visits, Mrs. Clinton “emotionally connects” with voter/shoppers, showing her heart — literally — as she personalizes their Walmart purchases with her newly designed “H”-within-a-heart campaign logo in exchange for all their contact information.

Seriously now, to quote Hillary, “What difference, at this point, does it really make?”

The answer applied to branding is “not much.” For, as my reader’s e-mail back in December so simply and eloquently stated, “She is Hillary Clinton and everyone knows who she is.”

That heartfelt anti-branding statement could be interpreted as both good and bad news for both Republican and Democratic marketing wizards. 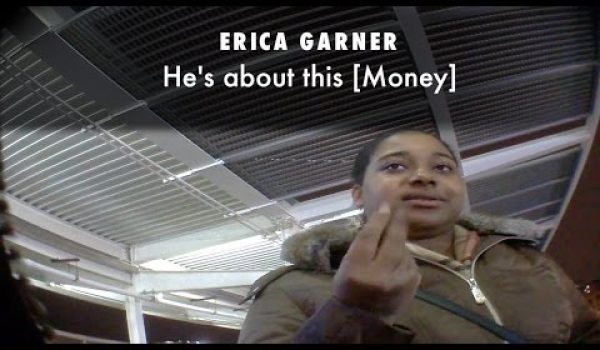