Following the recent release of leaked documents showing that the Army plans to make it harder to discharge transgender soldiers comes word that newly sworn-in Defense Secretary Ashton Carter favors lifting the ban on transgenders serving in the military altogether.

During Q-and-A session in Kandahar, Afghanistan, on Sunday, new Carter said transgender people should be freely admitted into the armed services as part of a new approach to make the military as inclusive as possible. Carter said so long as they are going to be ”excellent service members,” there shouldn’t be any problems, adding that he has to be open-minded about people’s personal lives to attract more people to the military.

I don’t think anything but their suitability for service should preclude them.

The secretary’s statement was a response to a question from Navy doctor Lt. Cmdr. Jesse M. Ehrenfeld, who hinted that there may be transgender soldiers serving in Afghanistan. In fact, Ehrenfeld followed up with the Washington Blade and confessed that he has “personally taken care” of a transgender service member, and knows of several others.

Carter’s remarks come at a time when the military appears to be softening its stance on transgender people wanting to serve openly in the military. Last week he named Eric Fanning, an openly gay man previously serving as under secretary of the Air Force, to chief of staff at the Pentagon. In an interview with the Washington Blade in May 2013, Fanning stated that he supports lifting the ban on transgender service members. “Wherever we can root out discrimination, I think it’s a positive thing,” Fanning said.

Whether prospective transgender recruits will make “excellent service members” is a live question. A study recently came out showing that transgender military veterans have a suicide rate comparable to that of veterans suffering from schizophrenia or severe depression.

In a statement, Ashley Broadway-Mack, president of the American Military Partner Association, said:

Secretary Carter is right in that their ability to serve is the only thing that should matter. Thousands of transgender service members are currently doing the job, and doing it well, but are forced to do so in silence – forced to lie about something as fundamental as who they are in order to continue to serve.

Broadway-Mack’s group self-identifies on its website “as the nation’s largest resource and support network for the partners, spouses, families, and allies of America’s lesbian, gay, bisexual, and transgender (LGBT) service members and veterans.”

Previous Defense Secretary Chuck Hagel also made it clear that he supports a review of the ban and was strongly supported by the White House in his stance. And just last week, a draft memo obtained by USA Today, called the All Army Activities Directive, revealed potential plans to remove the authority of discharge from low-level officers and place it in the hands of the assistant secretary of the Army for personnel. It would be much more difficult to discharge transgender service members.

In December, Air Force Secretary Deborah Lee James also came out in full support of removing the ban, saying, “From my point of view, anyone who is capable of accomplishing the job should be able to serve.”

James predicted that the policy will be reviewed in 2015. 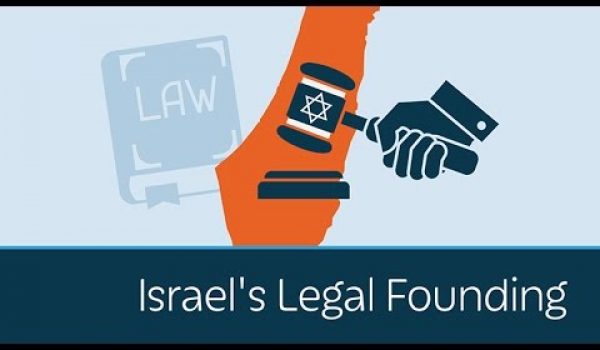 Video: Prager U on the legitimacy of the state of Israel
Next Post
Marie Harf’s ‘jobs for jihadists’ strategy put to the test