Readers will have heard by now the report that Islamic State has just burned 45 Iraqis to death in “western Iraq.”  We must start with the caveat that this report is hearsay, and so far there hasn’t been material proof (that I’ve seen) of the incident.  The particulars of the original report from BBC are below.

That said, the report is perfectly credible.  The commentary I saw moments ago on Fox News left out one detail, however.  The 45 Iraqis were allegedly burned to death in the town of Al-Baghdadi: the town Islamic State occupied last week just before it launched a thwarted suicide-bombing attack on nearby Al-Asad air base on Friday.  (Note: that detail was just added in the 7 PM/4 PM Greta Van Susteren broadcast.)

Exactly who these people were and why they were killed is not clear, but Col Qasim al-Obeidi said he believed some were members of the security forces.

IS fighters captured much of the town, near Ain al-Asad air base, last week.

Col Obeidi said a compound that houses the families of security personnel and local officials was now under attack.

He pleaded for help from the government and the international community.

A couple of points to make about this.  First, following the takeover of the town by IS last week, the Iraqis reportedly mounted a counter-offensive in Al-Baghdadi.  Reports on Sunday suggested that Iraqi forces, along with tribal volunteer fighters, had retaken much of the town, although Iraqi forces spokesmen said IS fighters still controlled some parts of it.  (Al-Baghdadi is small and very linear, spread out in a narrow strip along the Euphrates River.)

The bottom line is that there was continued fighting for control of Al-Baghdadi over the weekend.  On Friday, U.S. AH-64 Apache helicopters were deployed to “support Iraqi ground forces” in Al-Baghdadi.  Also on Friday, U.S. Central Command released information that our forces had conducted air strikes against IS targets “near Asad” in the 24 hours prior to 8 AM Iraqi time on the 13th:

At least one of these strikes was probably related to the fight in Al-Baghdadi, and all of them may have been.  Although the reporting doesn’t explicitly say so, it appears our forces in the air have had some involvement in the fight over the town.

This raises the second point, which is that, one way or another, whether the Obama administration likes it or not, the fight over Al-Baghdadi is our fight – if only because we have 320 U.S. Marines at Al-Asad air base a few miles away.

And that means that Islamic State is burning Iraqis in our face, as much as in Iraq’s.

A number of commentators have pointed out in recent days that IS baited Jordan into joining the fight – now a growing war – by burning Jordan’s captured pilot.  The same point applies to Islamic State’s mass beheading of Egyptian Christians, which has drawn Egypt into the fray as well.  It’s possible, of course, to parse the latest atrocity in Al-Baghdadi narrowly, and see it as bait for Iraq, but not for the United States.  We can count on someone to say that in the next 48 hours – very possibly one of our State Department spokes-ettes.

But there is no doubt that, with our own troops at risk, such a short distance away, and with the Islamic State atrocity being so monstrous, it’s America the world will be watching, once everyone realizes what has happened here.

This is a critical moment.  Islamic State is on the move, trying to provoke chaos and instability.  Its pattern is as follows: where IS has the preponderance of force and/or momentum, it subdues, occupies, and organizes (e.g., in the Euphrates Corridor in Syria and western Iraq, as well as in Mosul).  Where IS does not have the preponderance of force, it provokes, in order to promote instability.

Islamic State sees instability as its ally.  This is in part because it has local cadre to call on, to create internal distress, in each place where it tries to bait a nation into enlarging the conflict (Iraq, Jordan, Egypt).  It’s also, however, because in chaotic conditions, the advantages of sovereign power and military organization are reduced.  Chaos is an equalizer for Islamic State, something that gives it a freer hand and dilutes its opponents’ concentration of force.  IS is trying to leverage chaos for its purposes, and spreading chaos is exactly what it wants.

Merely refusing to react to IS’s provocation won’t stop the chaos from spreading.  As long as Islamic State acts with its trademark ruthlessness, the chaos will spread.

IS didn’t need the latest atrocity in Al-Baghdadi to bait Iraq, however.  Iraq is already in chaos – by Islamic State’s hand.

The 45 Iraqis burned to death, less than 10 miles from a battalion-size contingent of U.S. Marines, are a challenge thrown at America.

I suspect Islamic State reads Obama accurately, and knows he won’t react as either Jordan or Egypt has.  IS isn’t expecting to bait America into the conflict on that basis.  But assuming the U.S. fails to respond in a decisive way, that fact by itself will be the watershed IS hopes to create.  It will resolve, in the minds of everyone in the region, the question of which direction this conflict is going.  It will clarify that there will be no bailout – no tiebreaking leadership – from the United States.

Think of that watershed as being like the moment in the James Cameron Titanic, when the soundtrack changes from recognizably tuneful to simply ominous, and the lights go out on the ship.

The region has clung tenaciously for four years now to a semblance of remaining order.  The only thing back-stopping it is the expectation that at some point, American power will be used to put down some stake, somewhere, against the growing chaos.  When that expectation is extinguished, the lights will indeed go out. 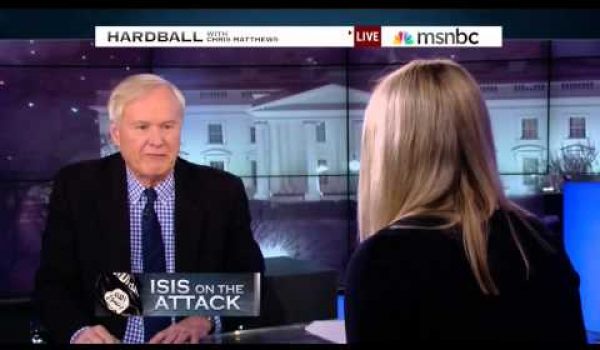 Patton was wrong: Way to win a war is by giving jobs to the enemy, says State Dept. harpie
Next Post
Video: Julia Roberts’ ‘Mother Nature’ is a psychopath 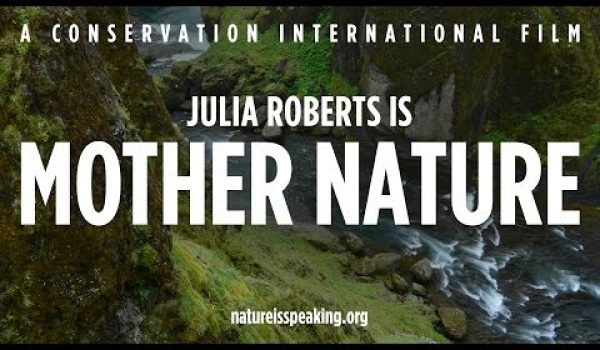