For earnest nonsense, it can be hard to beat Sally Kohn.  And she didn’t just double down on her theme here, in a Twitter exchange with Katie Pavlich.  She tripled down — nay, quadrupled down.  Because repeating something inane over and over is tantamount to making an argument for it, or something.

Naturally, Kohn starts the ball rolling with a quote from the Good Book.

So that means bombs, huh? RT @PoliticsofJon: “Do not be overcome by evil, but overcome evil with good” – Romans 12:21 @KatiePavlich

.@KatiePavlich and what do you do with the obvious fact that that’s the exact reaction ISIS wants — that we’re taking their bait?

After toying with it some more, Kohn comes out full bore with a final broadside.

See the Truth Revolt link for the complete exchange (if you feel it’s necessary.  It doesn’t actually become more intelligent with repetition).

I note that Kohn isn’t entirely wrong.  We should be bothered by the fact that the world is in reaction mode against ISIS.  The bombing isn’t what should bother us, however; it’s being in reaction mode that’s the problem.

If Kohn wants to overcome evil with good in this case, the requisite approach is to seize all of Islamic State’s territory and reestablish it as a secure space for peaceful people to live in.  We should be bombing ISIS on offense, for our own strategic purposes.  It’s that simple.

Now Egypt joins the air fight against Islamic State — in Libya
Next Post
Are black children being brainwashed against whites? Watch me debate this question on ‘Hannity’ (Video) 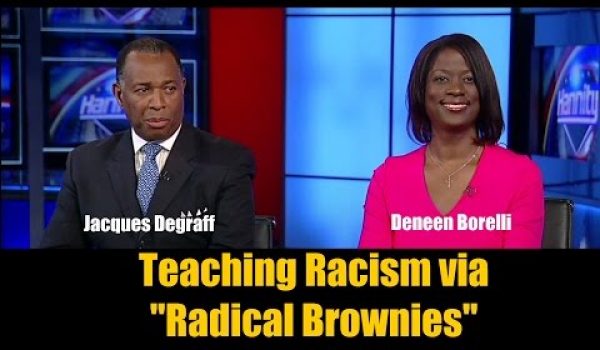