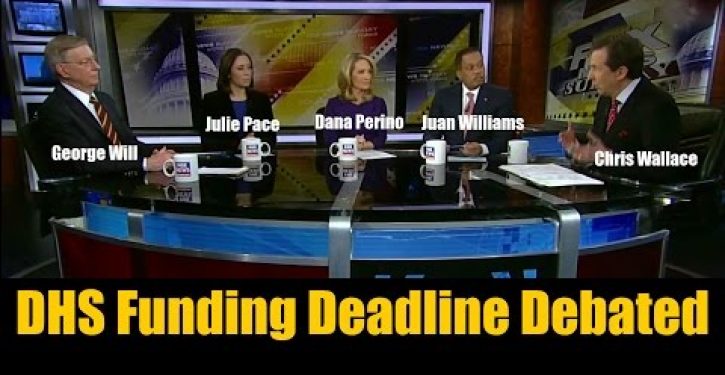 The spectacle of “right-wing” pundits arguing that the House of Representatives must vote to fund unlawful activities is one of the most surreal moments to date, in a thoroughly surreal period in American history.

To recap our bidding, briefly: the House has passed a funding bill for the Department of Homeland Security which “rolls back” the executive actions taken by the Obama administration, actions that contravene the intent of U.S. immigration law.

It is worth noting once more that Obama has not issued an executive order on these matters.  The implementation of his executive actions is being done by departmental memorandum.  To clarify, this means that Obama is unwilling to accept responsibility for his actions.  The most likely reason is that he knows the actions are unlawful.  If there’s a fall to be taken, he’s trying to put that burden off on Jeh Johnson, or perhaps even on Johnson’s subordinates.

The Senate is unable to break a deadlock imposed by the Democratic minority, and will be unable to act on the House’s bill.  The House Republicans, led by John Boehner, have declined to go back and pass another bill that would conform with what Obama and the Democratic minority in the Senate want.  The reasons are that (a) what Obama wants is unlawful, and (b) the voters in 2014 sent the House Republicans to Congress, most explicitly, to stop Obama’s amnesty actions, which the voters urgently oppose.

This weekend, “conservative” pundits have been united in their judgment that Boehner and the House GOP are doing the wrong thing.  On Fox News Sunday just now, George Will proclaimed that the House’s responsibility is to send the Senate legislation that can pass the Senate, so that the branches of government can “govern.”

Constitution 101 break: this proposition contradicts, of course, the very purpose of a bicameral legislature, and the concepts of co-equal branches, separation of powers, and checks and balances.  The Framers didn’t just understand that these features of our federal government could lead to deadlock.  They intended to inhibit the career of government — most especially including executive overreach — by instituting them.

Then there’s the faithful mantra that “Republicans will be blamed.”  (If DHS has to “shut down,” that is – a process that would actually involve only 30,000 of its 230,000 employees being told not to report to work.)  This refrain never changes.  There could be one lone Republican left in the House of Representatives, unable to get anything done at all – unable to block anything, unable to push anything along – and the pundits would still obediently repeat that “Republicans will be blamed.”

Going unsaid, but desperately in need of saying, is this additional, overriding point:  funding DHS to Obama’s specifications means that we will not have the border security Americans think they’re paying for.  I don’t know what else to do to emphasize that point.  Try this:  IT DOES NO GOOD TO FUND DHS ON OBAMA’S TERMS, BECAUSE DOING THAT MEANS WE WON’T HAVE HOMELAND SECURITY ANYWAY.

Yet the conservative talking heads insist that the House GOP must agree to Obama’s terms.  Talk about being in “Beltway capture.”

Do these people ever listen to themselves?  This is what the pundits are saying:

And no, no one will ever hear the truth about this, because we – we pundits, the ones with the microphones and the airwaves at our command – will not speak it.  We will nod in agreement as your political opponents blame Republicans for a “shut down” whose impact is itself a mirage.

This is surely what it felt like to live in the last days of the Roman Republic: to see your entire political class earnestly colluding to defraud the people, heaping threats and scorn on the few elected representatives who seek to uphold the rule-of-law principle and keep faith with their constituents.

I don’t despair today, because America has what Rome never did: a hope and a foundation that could not have come from the pagan world of 2,000 years ago.

But we have to start by seeing clearly where we are.  Trying to operate in the current “system” based on the old consensus – the pay-the-Democrats-off consensus – is no longer possible without breaking something.

And it’s not the people who need breaking.  It’s the leadership of the old consensus, which has the unmitigated gall to demand that the people keep bearing the entire burden to perpetuate a great lie about what’s going on.  The old-consensus leadership is desperate to hang onto the seeming security of its collapsing world, which is why it’s fighting so hard.

But truth is more important, because there is a future beyond that collapsing world, and most of the American people are going to find themselves in it.  Funding Obama’s executive actions isn’t the same as buying “homeland security.”  And his executive actions are unlawful.  Start with that. 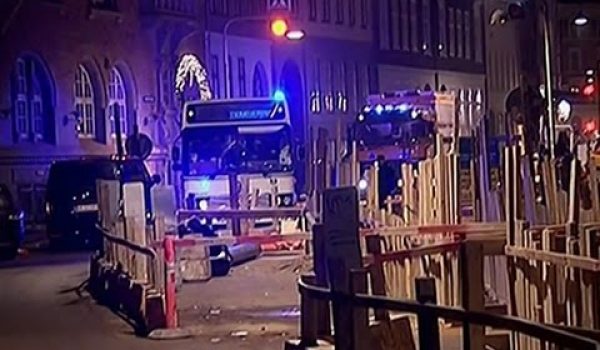 Synagogue attack in Denmark must have been accident because Obama says IS doesn’t target Jews (Video)
Next Post
Video: Obama-Clinton foreign policy on trial again on Sunday shows 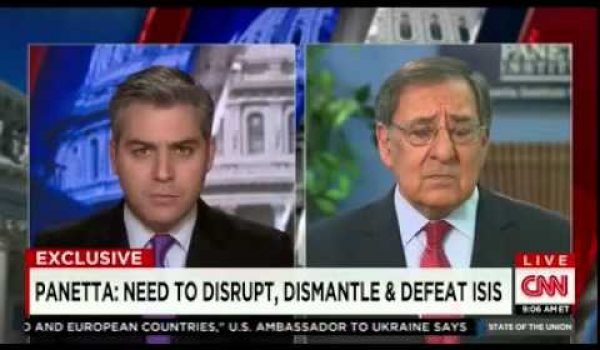