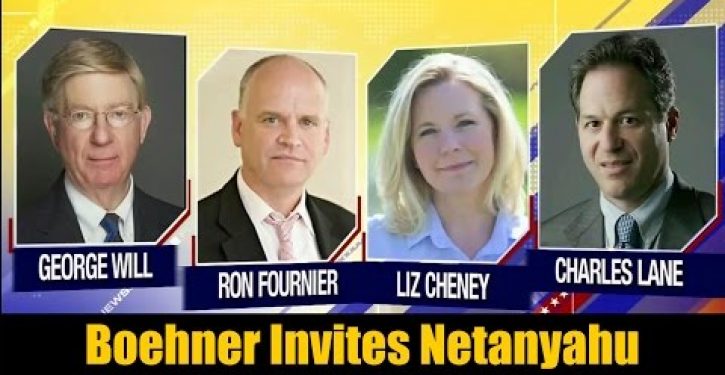 If the status quo of the international relations structure falls apart, but the pundits don’t realize it, did it happen?

That’s the question that came to mind watching today’s Fox News Sunday panel debate Speaker John Boehner’s invitation to Benjamin Netanyahu to address Congress.  The only way the panel could really find to talk about it was in terms of status quo political conventions; e.g., whether the president is making a good faith effort to consult with Congress (George Will), or whether Boehner is respecting the president’s primacy in foreign affairs (Ron Fournier).

Even Liz Cheney focused mainly on the chief topical problem that has prompted this round of posturing (and it is posturing, but that’s the tool available right now).  The topical problem, of course, is the Iranian nuclear program, against which President Obama’s plan of action has made the opposite of headway.

What no one articulated clearly was the central truth of the matter, which is that obeying the old political conventions is now producing an evil, unacceptable outcome.  The Iranian nuclear program is just one of several problems that are working together to destabilize our world, and throw it into – quite possibly – the gravest danger mankind has ever seen.

Even aside from her nuclear program, revolutionary Iran is backing insurgencies and radical clients around the Middle East (like the Houthi insurgency that just pulled off a coup in Yemen).  The problem of radical Islamism is coming to a head with the vicious, bloody state-Islamism of ISIS, but also with tribal and Islamist-factional insurgencies elsewhere (Libya, Nigeria), and the collapse of century-old nation-states.  Borders are being rendered meaningless.  Huge tracts of territory are being taken over by opportunists, who bring no popular charter from anyone, but only a fanatical willingness to slaughter.

Russia, meanwhile, a sometime Westphalian nation, has already invaded Ukraine, something that would have been unthinkable ten years ago.  China is imposing a veto on other nations’ economic and maritime activity in the South China Sea – a Chinese aggression against a core U.S. security principle that the world, until only a few years ago, expected American power to deter.  Both Asian giants have bigger plans, which everyone can foresee, and there is no longer an American-led consortium with the preparedness and capability to stop them.

In fact, Russia and China are both modernizing their militaries and developing new strategic weapons as rapidly as they can, while the United States is losing ground with our strategic (as well as conventional) arsenal, and doing nothing about it.

Our fast-declining military advantage is one reason our power no longer carries the import it once did.  But the more significant point here is that our legacy of power is now being turned against us.  America is still the leader of the status quo pack: the nations that aren’t looking to shift borders, remake the map, create economic dependencies abroad, or establish a caliphate.  And that leadership, particularly in the case of the Iranian nuclear program, is being leveraged to hold the status quo nations passive and inert while the radical actors do what they want.

Our president’s negotiating policy with Iran is worse than an obstacle to preventing an Iranian bomb.  By fencing the “Iran problem” off and giving it time, Obama is actually aiding Iran in pursuing nuclear weapons.  The main thing Iran needs is time, and Obama’s management of the P5+1 process gives her that.

Few if any of our highest-profile voices have found a way to make this plain, and articulate the implications.  But the main implication – that in the crunch, Obama’s leadership will have to be actively disregarded, or we’re all sunk – is the one the nations in the most danger have to deal with.  That’s their reality.

Israel is one of the nations facing this reality, but by no means the only one.  Saudi Arabia, the other Gulf states, Jordan, Egypt; the nations bordering Libya and Nigeria; the nations of Eastern Europe; the neighbors in China’s sights in the Far East; the nations bordering the combined socialist and cartel-driven tumult in Central America – all face the same reality.  Cooperating with Obama’s America under the old conventions can’t be a given for them, because it’s likely to actually do harm.

Just as important, to those who want to deter threats to American security, is that America herself needs to establish that Obama’s leadership is not what we are committed to.  We vigorously disagree with giving Iran time to build a bomb.  We have no intention of being held hostage to it.

We know there is a point, in general, at which the trend of policy is no longer disputable, but clearly weak and ineffective – even counterproductive, as with the Iranian nuclear program and the security of our own border.  And we’ve reached that point.

The American people have to speak, as much as the other nations.  That’s what’s going on with Boehner’s invitation to Netanyahu.  Boehner is part of the problem on border security, to be sure, but he is on firm ground with the invitation to Bibi.

Having Netanyahu come speak to Congress is the way available to him of giving the American people a voice against the Obama policy on Iran.  The same attempt is at work in the Iran-policy bills being pushed in the Senate.  We need not romanticize the Senate dynamics to nevertheless acknowledge that the untethered radicalism of the Obama approach – its violation of America’s own principles of power – is what they’re trying to hold in check.

The president is given primacy in foreign relations by the U.S. Constitution, and it is a very big step to posture against him.  It’s not so big a step for a foreign leader to do so.  His responsibility is to his people, not to a particular president of the United States, or to that president’s policies.  The Obama administration does huff petulantly at the drop of a hat, and make it all personal, but the real point is that Netanyahu, or any other foreign leader, must look out for his country’s interests.  Bibi knows that it’s in Israel’s interest to affirm her people’s iron-forged link with the American people, and to articulate what policies a true reckoning of that link would dictate in this hour.

But it is an especially big deal in American politics for Boehner to bring in Netanyahu.  If not an actual violation of the Constitution, it’s a break with longstanding and justly honored tradition.  Tradition, of course, is no more a suicide pact than the Constitution is, but that facetious treatment of what we face today gets the tone all wrong.  Boehner has made a big decision because America faces a problem of unprecedented dimension.  The world is not what it was five years ago, and trying to maintain the same priorities would, in sober truth, be fatal.

On the FNS panel, Ron Fournier spoke of how the “average American,” not looking at the Boehner invitation through an ideological lens, would be troubled, even appalled, by Boehner’s move, which is so clearly a challenge to presidential authority.

But reality is precisely that there is no space now in which to safely – legitimately – be an “average American” whose top concern is whether Boehner is embarrassing the president.

That geopolitical territory is lost.  It isn’t even there to be reclaimed now; it will have to be recreated. 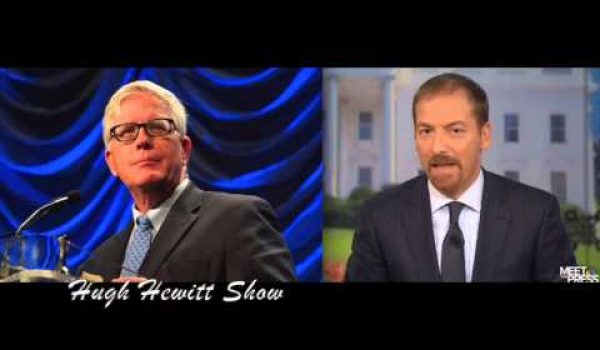