Last week, British Prime Minister David Cameron was at the White House to lend support to President Obama’s position that the U.S. Congress should not draft a proposal for new, more stringent sanctions against Iran. Cameron admitted during the news conference that he had lobbied Senators to desist from voting for such legislation, which is well beyond his limits as head of an allied nation. Obama seemed to have no quibble with Cameron’s meddling.

There was a point, however, that betrayed disagreement among the two leaders. Cameron specifically addressed the threat of “radical Islam.” Obama, did not, referring to it instead as “violent extremism.”

The president is nothing if he’s not consistent when it comes to his refusal to call a spade a spade — or, in the case of jihadists, Muslims. “ISIL,” he declared to the world in his speech at the U.N. last September, “is not Islamic,” adding, “No religion condones the killing of innocents, and the vast majority of ISIL’s victims have been Muslim.”

Not only is Obama at odds with David Cameron in his views on ISIS. He is at odds with ISIS. Last week, the New York Post reports, the terrorist group publicly executed 13 innocents in the name of Islam. All of the victims were teens.

The young fans were reportedly watching an Asian Cup match between Iraq and Jordan on TV last week when they were caught by the militants in the Iraqi city of Mosul, which ISIS, or the Islamic State, controls.

The group of teens was executed in public by a firing squad that used machine guns, according to Raqqa Is Being Slaughtered Silently, an activist group that exposes ISIS atrocities.

Before the kids were killed, their “crime” was announced over a loudspeaker, reports said.

“The bodies remained lying in the open and their parents were unable to withdraw them for fear of murder by the terrorist organization,” RIBSS posted on its Web site.

The boys were slaughtered because they were said to be violating Sharia laws by watching the game. [Emphasis added]

This is not the only time ISIS butchers have connected their acts of savagery to Islam. Just yesterday, Jurgen Todenhofer, a German reporter who had embedded with ISIS fighters, spoke with al Jazeera about his experiences. He had this to say:

I … asked them about the value of mercy in Islam [but] I didn’t see any mercy in their behavior. Something that I don’t understand at all is the enthusiasm in their plan of religious cleansing, planning to kill the non-believers…. They also will kill Muslim democrats because they believe that non-ISIL-Muslims put the laws of human beings above the commandments of God.

Such laws as the right to watch a soccer match presumably.

Todenhofer also spoke about how shocked he was at ISIS’s “willing[ness] to kill”:

They were talking about [killing] hundreds of millions. They were enthusiastic about it, and I just cannot understand that.

Obama may sleep better at night knowing that he has carried water for bloodthirsty savages in a misguided mission to appear tolerant. All his denials have managed to do is embolden those who would kill us and put the people of the nation that foolishly elected him twice at risk. 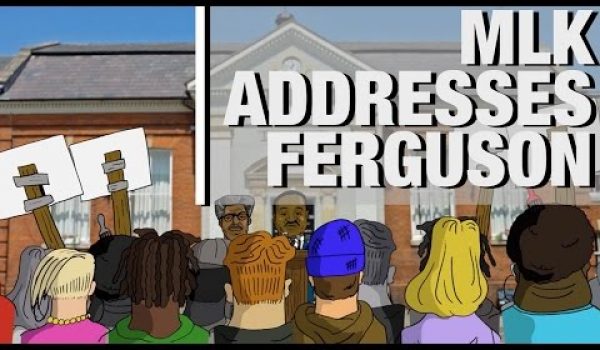 Video: Imagine if MLK had addressed Ferguson
Next Post
Cartoon of the Day: Trickle-down taxation