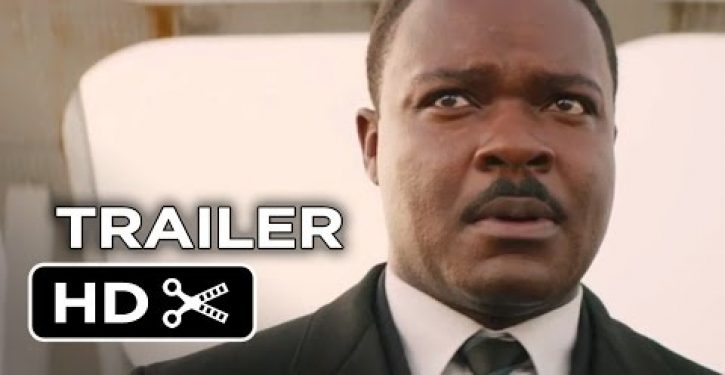 That has already happened with the movie Selma‘s portrayal of President Lyndon Johnson, which is widely acknowledged, by both his critics and apologists, to be inaccurate.  Maureen Dowd called the movie “artful falsehood” in her column, and quoted producer Ava DuVernay on why she decided to basically falsify the record about Johnson’s stance on voting rights legislation.

DuVernay told Rolling Stone that, originally, the script was more centered on the L.B.J.-M.L.K. relationship and was “much more slanted to Johnson.”

“I wasn’t interested in making a white-savior movie,” she said.

Fair enough, I guess, but surely it isn’t necessary to misrepresent history in order to avoid making a “white-savior movie.”  The reality that the nobility and courage shown by black people was decisive would only be proven by letting the white characters do what they actually did.  There were, in fact, white characters in the drama, and they weren’t all club-wielding cops, or spitting, shrieking racist mobs.  Nor were they mere followers of a civil-rights movement led only by black Americans.  Some of them were leaders whose personal, prior commitment to civil-rights equality was important to the course of events.

One such character was Abraham Joshua Heschel, one of the best-known rabbis of the 20th century.  Born in Poland in 1907, Heschel was brought to America in 1940 to take up an appointment at Hebrew Union College in Cincinnati, at a time when visas for European Jews were very difficult to obtain.  He credited that unusual opportunity with saving him from the Holocaust.  He later moved to the Jewish Theological Seminary in New York, becoming one of the most influential theologians of his time, and a principal liaison of the Jewish faith to Pope John XXIII’s Vatican Council (“Vatican II”).  With other religious leaders, he founded Clergy and Laymen Concerned about Vietnam (CALCAV), and became a very public critic of the Vietnam War, as well as a major figure in the civil-rights movement.  He was a good friend of Martin Luther King, Jr., and appeared with him on a number of occasions, including  a CALCAV summit in New York against the Vietnam War, and a prayer vigil at Arlington National Cemetery in February 1968.

Rabbi Heschel was a prominent participant in the 1965 march from Selma to Montgomery — the event with which the movie Selma culminates.  There are iconic images of him in the front row of marchers with Martin Luther King, Jr.  He also uttered some of the most enduring and widely-quoted words about the march:

For many of us the march from Selma to Montgomery was about protest and prayer. Legs are not lips and walking is not kneeling. And yet our legs uttered songs. Even without words, our march was worship. I felt my legs were praying.

After King was assassinated in 1968, Heschel participated in the memorial march held four days later.  He was one of a handful of marchers in the front row with the King family.

Rabbi Heschel died in 1972.  But his daughter, Susannah Heschel, recalls the importance of Heschel to the civil-rights movement, and its importance to him, and wrote with disappointment in a column on Sunday of his exclusion from the movie, which makes no reference to him and doesn’t depict him at all.  Dovid Efune at Algemeiner summarizes the profound point she makes about the movie’s emphasis on politics and political division:

Heschel also laments the film’s depiction of events as purely “political protest” and not as a “profoundly religious moment: an extraordinary gathering of nuns, priests, rabbis, black and white, a range of political views, from all over the United States.”

“By not showing my father marching, it is depriving the viewers of that inspiration,” she told The Algemeiner on Sunday.

This is what Ms. Heschel herself says:

Regrettably, the film represents the march as many see it today, only as an act of political protest. …

The religious inspiration that led us to Selma continues, and the photograph of my father marching in the front row there — with King, Ralph Bunche, John Lewis, Rev. Fred Shuttlesworth and Rev. C.T. Vivian — has become iconic. What a pity that my father’s presence is not included in “Selma.” More than a historical error, the film erases one of the central accomplishments of the civil rights movement, its inclusiveness, and one of King’s great joys: his close friendship with my father. The photograph reminds us that religious coalitions can transcend and overcome political conflicts, and it also reminds us that our Jewish prophetic tradition came alive in the civil rights movement. Judaism seemed to be at the very heart of being American.

Yes, the Selma march was a protest against forces of destruction and oppression, against legislation and institutions of bigotry and cruelty. But its mood was filled with a biblical sense of optimism that justice would ultimately prevail in the United States.

Perhaps we are still too close to the events of 1965, at least for the purposes of overwriting history with a political narrative.  In another quarter century, it may be possible to slip Rabbi Heschel back into the story without acknowledging the “biblical sense of optimism” about justice, which has been so carefully shaved off the margins of so much popular history of the period.  Not all Americans who agree that justice is a biblical concept would agree on what “biblical justice” means — but Susannah Heschel is quite right that it falsifies history unacceptably to leave that whole aspect of Selma and the civil rights movement out, and to create a narrative about the time that doesn’t have her father in it.

I would say it also cheapens history and the events of the civil-rights movement to depict them as solely political.  Doing that makes for an ideological story line, not a human one: a story line that packages conclusions for us and promotes “epistemic closure” by refusing to address real motives and real sentiments that people may find disputable.  A deeply important period that shaped who we are today becomes a mere morality play, in which characters perform mechanistically according to ideologically prescribed rules of behavior.

I don’t know what was going through the minds of the members of the Motion Picture Academy when they drew up the list of nominees for the Oscars.  But superficial morality plays don’t make for good theater, and maybe that had something to do with the Oscar snub of Selma.

I do know that young people across America are being urged to see the film.  I heard just yesterday that my college-age nephew was going to get extra credit from a professor for seeing Selma.  Maureen Dowd wrote her column after seeing it in a theater full of black teenagers whose attendance was being sponsored by donors on MLK weekend.  She observed:

It was clear that a generation of young moviegoers would now see L.B.J.’s role in civil rights through DuVernay’s lens.

Yes, they will see a lot of things through the lenses of movie producers and directors.  In the case of Selma, that’s a shame.