“We actually didn’t think it was a baby, we just thought it was a fire, somebody dumping everything down there, but when we found out what it was, it was just a nightmare. ”

The words are those of Dave Joseph, a stunned New Jersey resident who noticed a small blaze from the window of his Burlington County home late Friday and, upon inspection, discovered it was a newborn infant burning like so much trash in the middle of the road.

But Joseph wasn’t just a witness to this act of unspeakable barbarism. As CBS Philly notes, he was also a participant in the apprehension of the child’s killer, who happened to be its mother, 22-year-old Hyphernkemberly Dorvilier.

Joseph told police, “She was hiding. She was trying to deny what it was. I had her on the ground. I was holding her down because she tried to get away.”

When they arrived, officers extinguished the flames, promptly arranged for the infant to be airlifted to a Philadelphia hospital, and arrested its mother. The died two hours later.

Dorvilier has been charged with one count of murder. Bail has been set at $500,000.

Why this young mother killed her baby is a question that demands an answer. But there is a more pressing issue, and that is why she chose the method she did. Why would any mother douse her own flesh and blood in an accelerant and place him in the middle of a road burn to death?

Cameron Williams, a family friend is quoted as describing Dorvilier as “loving,” which under the circumstances sounds like a cruel joke. Equally macabre is that neighbors set up a small memorial Saturday night at the scene of the crime. This was not a hit-and-run or some other terrible accident. This was a public execution of a child by its mother. Neighbors should be appalled and outraged. Or do black lives matter only when they are taken by police in the line of duty? 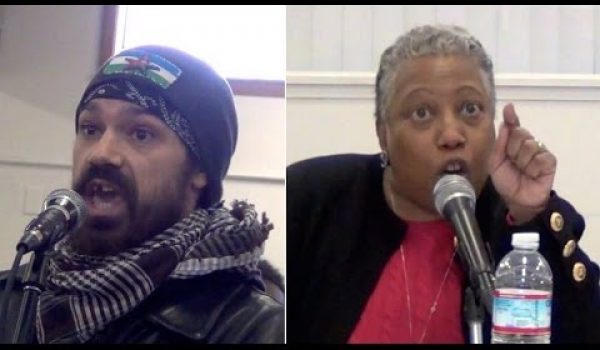