There were no decapitations, at least not literally, but the handiwork of “The Announcer,” a Hebrew-language newspaper published in Israel, deserves — and is receiving — criticism.

A front-page article in the paper on the historic march against radical Islam through the streets of Paris included the now-familiar historic photo of more than 40 world leaders standing in solidarity against the Charlie Hebdo massacre. But this time, Barack Obama’s was not the only face that was missing.

Here is the paper’s front page. See if you can spot the problem with the picture:

Give up? It may help to see the undoctored photo:

If you carefully compare the two images, you will discover that the three females present in the front row, the rightmost of which is German Chancellor Angela Merkel, have been airbrushed out.

The explanation tendered by “The Announcer,” which caters to Orthodox Jewish readers, is that the women were edited out for reasons of “modesty.” It’s hard to fathom how depictions of women bundled in winter coats are immodest, but that bit of Jewish blarney has surfaced before, in the iconic Situation Room photo taken during the raid on Osama bin Laden’s hideout in 2011. Then-Secretary of State Hillary Clinton and another woman present were photoshopped out by the Brooklyn Hasidic Jewish newspaper “Der Zeitung,”

The reality behind these bowdlerizations is that Orthodox Judaism takes a dim view of women in power. According to the website Judaism 101:

[T]he Talmud [the ultimate authority for rabbis] … has many negative things to say about women. Various rabbis at various times describe women as lazy, jealous, vain and gluttonous, prone to gossip and particularly prone to the occult and witchcraft. Men are repeatedly advised against associating with women, although this is usually because of man’s lust rather than because of any shortcoming in women….

Women are discouraged from pursuing higher education or religious pursuits, but this seems to be primarily because women who engage in such pursuits might neglect their primary duties as wives and mothers.

If the publishers of religious Jewish newspapers find the images of women troubling, they should avoid publishing the photo altogether. To do otherwise, seems like so much intolerance. 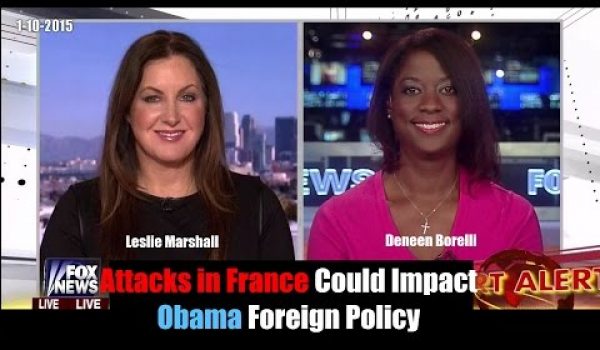 Watch me on FNC debating how terrorist attacks in Paris impact U.S. policy
Next Post
Cartoon of the Day: Read it and … er — laugh