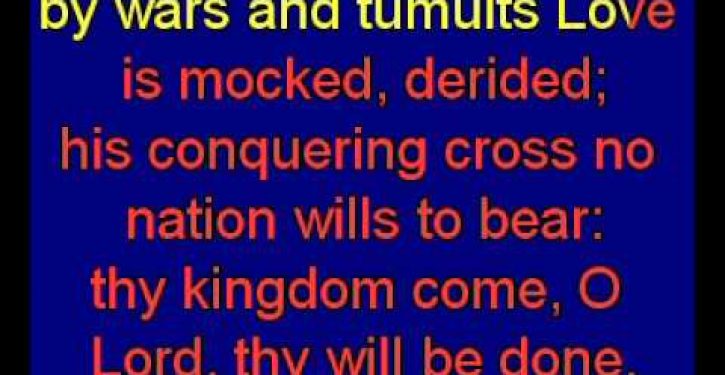 It turns out that the visual display of solidarity in Paris on Sunday was brought about not by spontaneous solidarity, but by an unseemly diplomatic tail-chase in which members of Benjamin Netanyahu’s government broke ranks with him.  Their action prompted him to go to Paris for the commemoration, against the wishes of French president Francois Hollande.

[French National Security Adviser Jacques] Audibert explained that Hollande wanted the event to focus on demonstrating solidarity with France, and to avoid anything liable to divert attention to other controversial issues, like Jewish-Muslim relations or the Israeli-Palestinian conflict. Audibert said that Hollande hoped that Netanyahu would understand the difficulties his arrival might pose and would announce that he would not be attending.

(Other news outlets have reported the same; e.g., here and here.)

But Netanyahu’s foreign minister, Avigdor Lieberman, announced after this exchange that he planned to go to Paris and take part in the rally.  Economic Minister Naftali Bennett made a similar announcement.

Netanyahu then decided that he would attend the rally. He would also visit the Grand Synagogue in Paris with President Hollande – a gesture being made because of the targeted attack on the Jewish market by associates of the Charlie Hebdo terrorists, in which four Jewish citizens were killed.  (As noted earlier in the LU Web Crawler, the attack on the Jewish neighborhood put the area in lockdown for hours, and caused the Grand Synagogue to be closed – thus missing Sabbath services – for the first time since World War II.)

Hollande is reported to have been very upset by this development.  His government warned that it would invite Abbas as well (and did).  This didn’t deter Netanyahu.  He and Abbas both ended up attending, thus achieving for France a far better outcome than France would have achieved for herself, if Hollande had gotten what he originally wanted.

There were punitive, wrong-headed politics in the French government’s initial stance on uninviting Netanyahu, who leads a fellow Western nation which has an economic partnership with the EU, a security partnership with NATO, and a common interest in fighting Islamist terrorism.

It was an essentially false display for Abbas – aka the terrorist Abu Mazen – whose government is in a unity agreement with the terrorist group Hamas, to be there pretending solidarity against Islamist terrorism with the leaders of nations.

It was an understandable and defensible courtesy by both Netanyahu and Abbas to agree originally to stay away.

It was insubordinate, and no doubt largely a matter of domestic politics, for Lieberman and Bennett to decide to go to Paris themselves.

But in a bemusing irony, this comedy of errors yielded a wiser result than the one envisioned by the Hollande government.  If the prime minister of Israel had not been there, the picture would not have been one of solidarity.  It would have been one of ill-conceived division in the West.

Yes, Netanyahu was uninvited.  But he came, and was not rejected.  The West is in solidarity on that, still.  In spite of Hollande’s efforts, the Paris gathering sent the message it needed to.

Abbas couldn’t fail to come, once Netanyahu was going to.  Onlookers are at liberty to think what they will about his presence, but it can and will be interpreted as homage to a thin narrative of overarching solidarity the world is not yet ready to see overtly repudiated.  The Band-Aid holds a little longer.

Barack Obama, of course, was not there.  He didn’t send a high-ranking representative either.  The West was backed, bickering and irritable, into solidarity, but it was leaderless.

That is profoundly unsettling, but it too may turn out to have been a blessing.  If there is no clear message America intends to send about what solidarity means – what our purpose is in affirming it – it’s probably better that we not be there in force.  Obama is not a president whose purposes, divined from gestures, will redound to our credit or our security.

On this day, I’m reminded of a hymn which has long seemed to me to be emblematic of the age we find ourselves in: a sort of endless century of ideology, galloping technology, and a frightening globalism; a time of terrible brutality side by side with freedom and opportunity not even dreamed of as little as five generations ago.

The hymn, “Father Eternal,” was written immediately after World War I, and has the minor key and dirge-like cadence fitting for the weary spirit of civilization in the entre deux guerres before the next “great war.”

There is a wintry, poignant quality to it that seems to evoke the monochromatic surge of national leaders in Paris on Sunday, marching under a January sky.  Never have such leaders seemed more to be at the mercy of forces greater than they are.

For those who would like to get the clearest sense of the melody, there is a strong, perfect organ recording here.

But I chose the video at the end, from West Side Presbyterian Church in Ridgewood, NJ, in 2013, because this hymn, to do its work, requires the humanity of imperfection, and human voices.

Father eternal, Ruler of creation,
Spirit of life, which moved ere form was made;
Through the thick darkness covering every nation,
Light to man’s blindness, O be Thou our aid:
Thy kingdom come, O Lord, Thy will be done.

Races and peoples, lo! we stand divided,
And sharing not our griefs, no joy can share;
By wars and tumults love is mocked, derided,
His conquering cross no kingdom wills to bear:
Thy kingdom come, O Lord, Thy will be done.

Envious of heart, blind eyed, with tongues confounded,
Nation by nation still goes unforgiven;
In wrath and fear, by jealousies surrounded,
Building proud towers which shall not reach to heaven:
Thy kingdom come, O Lord, Thy will be done.

Lust of possession worketh desolations;
There is no meekness in the sons of earth;
Led by no star, the rulers of the nations
Still fail to bring us to the blissful birth:
Thy kingdom come, O Lord, Thy will be done.

How shall we love Thee, holy, hidden Being,
If we love not the world which Thou hast made?
O give us brother love for better seeing
Thy Word made flesh, and in a manger laid:
Thy kingdom come, O Lord, Thy will be done. 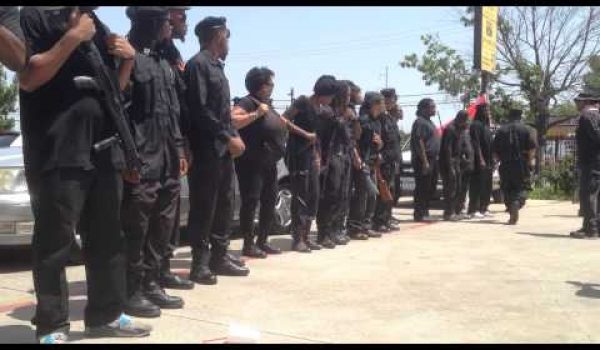 Black Panther gun club: Thumbs up or down? (Video)
Next Post
Cartoon of the Day: Je suis cartoonist