You have to admit, this sequence of events makes the Santa Barbara, CA police look pretty dim.

On Thursday morning, employees of the Santa Barbara News-Press arrived to find graffiti on the outside of their office building.  In red spray paint, it proclaimed “The border is illegal, not the people who cross it.”

The attack came amid wider objections to a News-Press headline that used the word “illegals” alongside a story on California granting driver’s licenses to people in the country illegally.

“The vandalism and the damage speak for itself, as well as the motivation behind it,” Santa Barbara Police Officer Mitch Jan said. “At this point in time, I don’t really have any suspect information. Without cameras or an eyewitness, we really don’t know who would be responsible.”

Who, indeed?  Oddly enough, the police were well aware of an obviously related event planned for Thursday evening – so well aware that they themselves had made preparations to handle it:

In addition to the writing on the building, graffiti espousing a no-borders mentality was scribbled on the walkway through Storke Placita and the sidewalk near Santa Barbara City Hall. Police were braced for a protest in front of the paper later this week. Jan said hundreds could show up, and the Police Department is aware of the call for a protest.

“There is a plan underway,” he said. “There is extra staffing on board for it.”

The protest went off as scheduled on Thursday, and bystanders were able to get numerous photos of the participants.  (H/t: VDare.)  The protest, just to be clear, was about the News-Press and its use of the term “illegals.”

An estimated 200 people converged on De la Guerra Plaza in downtown Santa Barbara on Thursday night to protest a recent headline in the Santa Barbara News-Press that referred to undocumented immigrants as “Illegals.”

The demonstrators, who gathered outside the newspaper’s iconic building, also stopped traffic on State Street as they marched, chanting slogans such as “News-Press, you’re a mess” and “Undocumented, unafraid” in response to the headline.

Lara Cooper, the Noozhawk reporter who covered this story, was able to obtain the names of several participants, who would seem, on the face of it, to be excellent people for the police to question about the identity of the vandals.

Ms. Cooper also pointed out that the names of two websites were spray painted along with the graffiti slogan on the News-Press’s building.

“The border is illegal not the people who cross it” and “fight back” were spray painted on the building and its sidewalks, along with the addresses of two websites — imaginenoborders.org and nooneisillegal.org.

Police have cracked cases with much less than this to go on.  But apparently, this case is beyond the investigative capabilities of Santa Barbara’s Finest. 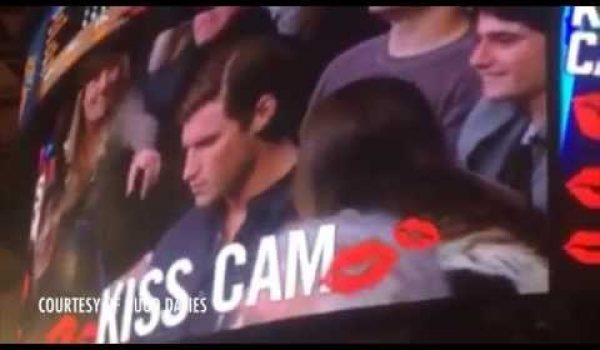