For the third time in 22 months, Russian strategic bombers have flown out across the Pacific to circumnavigate Guam, where the U.S. maintains one of our most important bases in the Pacific theater.

The latest incident occurred on 13 December.  It occurred in concert with a series of Russian bomber flights against Northern Europe and into the Alaska air defense identification zone (ADIZ), which started on 7 December.  The Russian aircraft penetrated the Guam ADIZ during the 13 December flight.  (The Guam ADIZ is defined as a radius of 250 nautical miles, or 290 statute miles/460 km, around Guam.)

Russian bombers – Tu-95M Bear Hs, which can be equipped with long-range nuclear cruise missiles – circumnavigated Guam in November 2014 and February 2013 as well.  In 2013, F-15s from Guam intercepted the Bear Hs and escorted them throughout their progress around Guam.

No intercept was reported for the 13 November 2014 flight.  And, according to Bill Gertz’s article, the military said it definitely did not intercept the Bears on 13 December.

No U.S. interceptor jets were dispatched to shadow the bombers. …

“The aircraft were flying safely in international airspace and in accordance with international norms; as such, the decision was made to not intercept them.”

This is a load of hooey.  We seem to be getting a lot of those lately.  It is the opposite of normal to “decide not to intercept” foreign strategic bombers – or any other military aircraft, for that matter – operating in a U.S. ADIZ.  The whole purpose of the ADIZ is to delineate air space in which we’re going to get eyeballs on you, and hold you at risk as required, to ensure the defense of our territory.

One of the most important purposes of fighter intercept is to inspect what ordnance the foreign aircraft is loaded with.  There’s no other way to determine that.  It’s actually unimaginable to allow a strategic bomber to approach our territory without establishing what its visible ordnance load is.

But it’s equally important to clarify each and every time foreign bombers approach that they will be intercepted and escorted.  Doing that conveys a posture of alertment and readiness that the foreign power must believe we maintain, if we expect to deter shenanigans rather than having to respond to them.

It’s conceivable that we don’t have any fighters in Guam right now.  In that case, we should ensure a 24/365 presence of fighters in Guam.  The infrastructure is there at Andersen AFB to support them, even as just a detachment from a squadron based in Japan or the continental United States.

(A note on this:  if the military statement on not intercepting the Bears on the 13th was meant to obscure the fact that we had no fighters on-hand, the only ones who would be fooled are members of the public.  Russia, China, and other nations with intelligence and communications intercept technology are well aware of when we have fighters in Guam and when we don’t.)

A geographic seam Russia is exploiting

Geography poses real challenges for the defense of Guam.  As I laid out after the February 2013 incident (see link above and map), geography allows Russian bombers to approach Guam without coming close enough to Japan be intercepted before getting to Guam.  The bombers can exit Russian air space well north of Japan and fly over the open Pacific to reach Guam.  They can hold Guam at risk with their Kh-55 (AS-15 “Kent”) long-range cruise missiles, which have a maximum range of up to 1,800 statute miles (2,800 km), from well outside the range of either fighter intercept or Patriot anti-air missile intercept.

When the Bear Hs approach Guam without being intercepted by fighters from Japan, as they have in each of the three cases in 2013 and 2014, we can assume Russia has used the open-ocean approach from her own Far Eastern territory.

The Russian bombers can execute an attack mission against Guam without ever having to come close enough for Patriot intercept.  (The THAAD – Terminal High Altitude Air Defense – system deployed to Guam is optimized for high-altitude ballistic missile intercept, and would not be effective against a conventional “air-breathing” aircraft flying at 35,000 feet.)

The Bears that penetrated the ADIZ on 13 December were probably never within Patriot missile range.  That means that we were not holding them at risk at any time during their mission.  Patriot is a last-ditch defense for Guam: a system that can, ideally, shoot down the cruise missile, but can’t shoot down the shooter.

Meanwhile, it would take multiple fighters – more than a single pair – and elaborate aerial refueling to orchestrate consistent intercepts of the Bear Hs at or outside their cruise missile threat range.  In today’s resource-limited environment, it would be unrealistic to propose such a readiness posture.

Even with the F-22’s superior combat radius, a more typical, sustainable intercept profile would mean getting to the Bear H only after it had entered its weapons threat range versus Guam.  That said, ensuring such intercepts is the place to start.

The option of being ready to shoot the Bears down with Navy Aegis ships is as unrealistic as the massive, multi-fighter intercept scenario.  The Navy weapon system can do the job, but we don’t have anything close to enough Aegis warships to keep one dedicated to the air defense of Guam.

None of that means, however, that we should give up on ensuring a conventional, intercept-and-hold-at-risk response.  What we do by giving up on that is deal away the option of a limited, focused, theater-level response, to provocations that don’t cost Russia very much to mount.

In other parts of the world, we will make Russia lose a pair of bombers if she tries anything – and Russia knows that because we intercept every time.  That matters to the calculations in Moscow.  The Bears may be old, but Russia is finding ways to use them that we’d have to scramble to respond to, on a limited and politically “reasonable” basis.  By sitting passive, we’re letting Russia get the upper hand with 60-year-old technology.

Other kinds of responses from us – less limited, less “reasonable” responses – would have to ratchet things up.  We don’t want to be left with only those options.  Are we really going to, for example, threaten to attack Russian bombers at their air bases, as a deterrent against a threatened attack on Guam?  That’s within our capabilities, but is it a credible deterrent, in the context of the multilayered deterrent posture against us that Russia is busy rebuilding today?

No, it’s not.  Russia is well aware we aren’t going to follow through on escalatory threats.  Unless we have a way of responding without making escalatory threats ourselves, the strongest likelihood is that we will let ourselves be deterred under threat or intimidation.  The focus of deterrence could be our support for Ukraine or the Baltic Republics; it could be any facet of our policies in South Asia or the Middle East; it could even be our solidarity with allies like Japan or the NATO nations of Western Europe.

We send a red flashing signal of irresponsibility by making Guam a strategically important hub of American power, and then failing to mount a robust defense of the island.  In a world in which Russia seizes territory in Ukraine because Putin has no respect for the West, the “as little as we can get away with” defense isn’t good enough anymore.

We need to be looking more hardened, alert, and determined today – not less.  The point of improving our readiness posture this way is to prevent things we’d all have to regret later.  And seemingly small measures like showing we’re ready to defend Guam are exactly where a credible posture has to start. 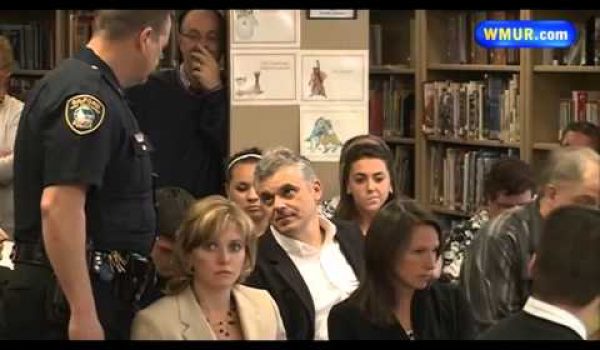