The victim’s name is being withheld, reportedly because of medical privacy laws, but suffice it to say that he couldn’t breathe either, literally — and now he never will again. He died the evening of Dec. 7 after protesters in Berkeley, Calif., impeded the path of first responders to an emergency 911 call concerning a 62-year-old man who had collapsed and was having “difficulty breathing, and sweating.”

[T]he calls that were broadcast over normal channels provide insight into how emergency crews responded to what they called “the hot zone,” where active protests were taking place….

One of these incidents took place shortly before 6:45 p.m. Sunday, Dec. 7, at Oxford Plaza, a 97-unit affordable housing complex between Shattuck Avenue and Fulton Street….

The fire dispatcher … dispatched an engine and ambulance at 6:41 p.m. A supervisor then came on the radio and told those units to “stage in quarters” — meaning to prepare to leave but to remain at the fire house, at 2029 Berkeley Way — and to switch to the tactical channel being used for protest-related operations.

The crowd — which had begun walking from campus through the Southside neighborhood and on into downtown at about 6 p.m. — at that point was described on the radio as 800-strong. The group was said to be moving westbound on University Avenue from Shattuck. There was also a police barricade set up, blocking Martin Luther King Jr. Way between Addison and Center streets.

Because the victim’s identity has been concealed, there is no way to verify his skin color. But regardless of whether he was black, white, or green, his life mattered, and his death is on the protesters’ heads.

Is it time to garnish the IRS’s pay?
Next Post
BREAKING: Two NYPD officers shot dead in ‘ambush’ by gunman who posted about ‘revenge’ killing 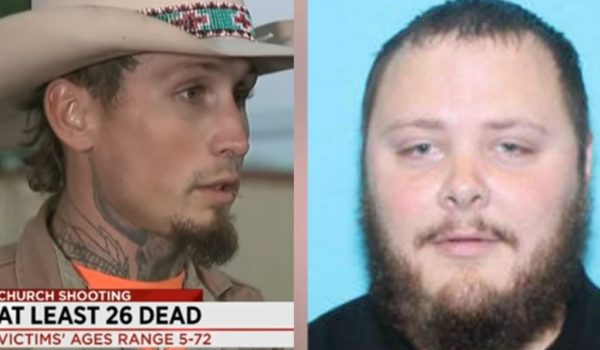