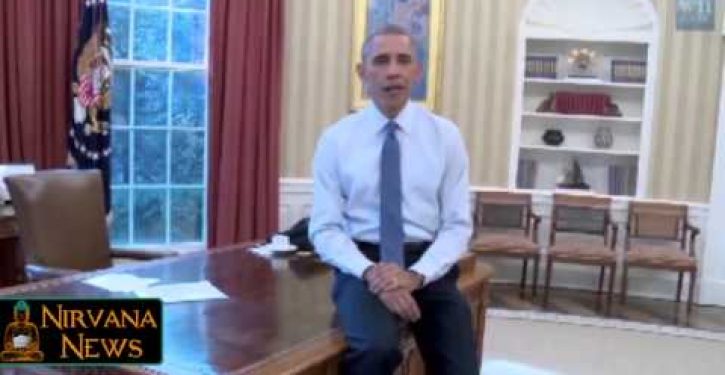 Judge Arthur J. Schwab, who was appointed to the bench by George W. Bush in 2002, issued his opinion in a Pennsylvania federal district courtroom Tuesday in a criminal case against a Honduran national, according to Fox News.

“President Obama’s unilateral legislative action violates the separation of powers provided for in the United States Constitution as well as the Take Care Clause, and therefore, is unconstitutional,” the judge wrote.

Government lawyers, however, claim that Schwab’s decision will have no impact on the president’s executive actions because “it did not come in response to a challenge to Obama’s immigration policy announcement,” according to Fox, which reported:

It is unclear what impact, if any, the opinion might have other than to rally critics and fuel momentum behind other lawsuits.

Rather, Schwab issued his opinion in response to a criminal case against Honduran illegal immigrant Elionardo Juarez-Escobar, who was previously deported in 2005 — and was caught in the U.S. again earlier this year.

He already has pleaded guilty to “re-entry of a removed alien,” but the court subsequently examined the impact of Obama’s immigration actions on the case

Schwab ruled that the president’s actions went beyond mere “prosecutorial discretion,” and, referring to his argument that he only issued his order after Congress failed to act, said, “Congressional inaction does not endow legislative power with the Executive.”

The Justice Department claims Schwab’s order will have little, if any, impact on the president’s actions.

Conservatives applauded Schwab’s decision, however, and considered it a sign of things to come.