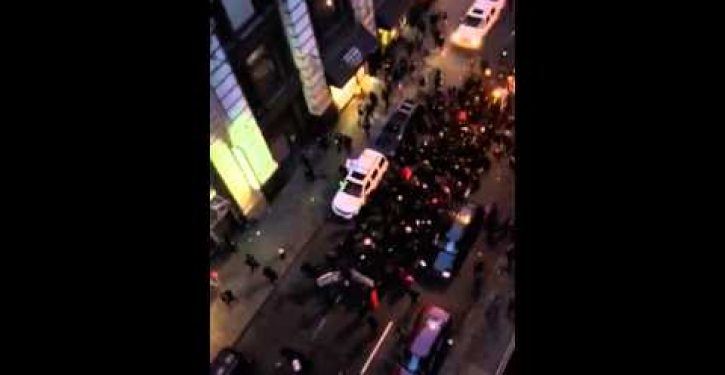 What’s that? You say you missed yesterday’s Day of Anger in New York in which millions (make that tens) of protesters marched from Washington Square up through Midtown? You’re in luck. A video posted on YouTube captures a portion of the parade. In it, so-called supporters of justice for blacks can be heard chanting, “What do we want? Dead cops! When do we want it? Now!”

An absence of police should do wonders for the black homicide rate. According to Department of Justice statistics, 93% of black murder victims die at the hands of other blacks.

Media has failed to report that most of the organizers behind these marches are radical groups such as Rev Com, the Revolutionary Communist party, as well as Occupy and Answer Coalition. Most of these groups have very small numbers that travel from city to city to make it appear like there are more. Numbers today were buttressed with union members, such as the UAW.