The pamphlets [distributed to the participants] go on to suggest other ways students can engage in intimate activities without going all the way, including bathing together, shaving each other, wearing each other’s underwear, role playing, buying an extra-large pair of pajama bottoms to sleep in together, lap dances and strip teases.

These sound more like invitations to actual intercourse than alternatives.

Yet another conference workshop taught participants how to give a partner sexual pleasure over the Internet using a technique they called “teledildonics.”

“Teledildonics basically refers to the control of sex toys over the Internet; the remote use of sex toys,” said keynote speaker Cory Silverberg in an audiotape obtained by the station from an attendee.

Conference director Brad Victor refused to answer questions that were posed to him by KOIN-6 concerning the appropriateness of some of the workshop sessions.

“Is this interview going down this line the whole time? If it is, I’m walking out. I’m serious about this,” he told the station, which went on to report:

Victor, a spokesperson and director for Teen Pregnancy Task Force, the organizer of the conference, is partially paid with state funds to put on the program in Seaside.

While he refused to answer KOIN 6’s questions, a student, who wanted to remain anonymous, spoke about what she saw during the conference, calling it shocking.

“I felt really just horrified and unsettled by it all,” she said.

“When you press a certain command, it tells her to perform various sexual acts, um, and so that was very disturbing,” she said.

I’m thinking that one won’t do a lot to instill respect for women.

The sessions also covered the use of illegal drugs to heighten sexual pleasure.

It encourages using meth because it helps your sexual drive and what not in here,” said school board member Lisa Maloney told the station, referring to a pamphlet she’d received. “It says in this booklet that was handed out and given out to all young people.”

KOIN reached out to 16 school district superintendents listed as possibly having students at the conference. Of those contacted by KOIN 6 News, 10 said they were unaware such material was being taught.

Of the 10 superintendents, Newberg School District Superintendent Dr. Kym LeBlanc Esparza was the only one who agreed to speak on the record. When she saw some of the handouts she was clearly discouraged.

“It’s fascinating because of the documentation that comes out of the Oregon Department of Ed and that comes out of the programs, [that] the organizations put out speak specifically to addressing at-risk kids questions and things to help them make good healthy decisions,” said LeBlanc Esparza. “This is garbage, so that’s disappointing.”

The Adolescent Sexuality Conference has been held annually for the last 20 years.

Watch the news report from KOIN-6. 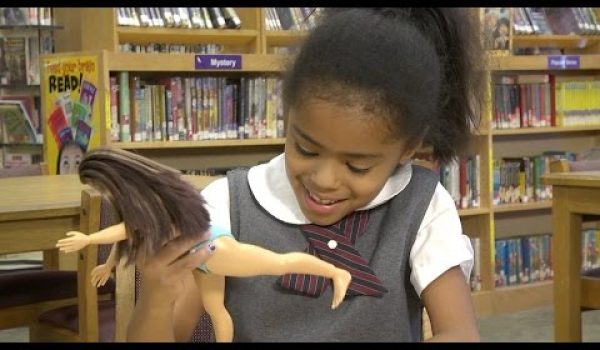